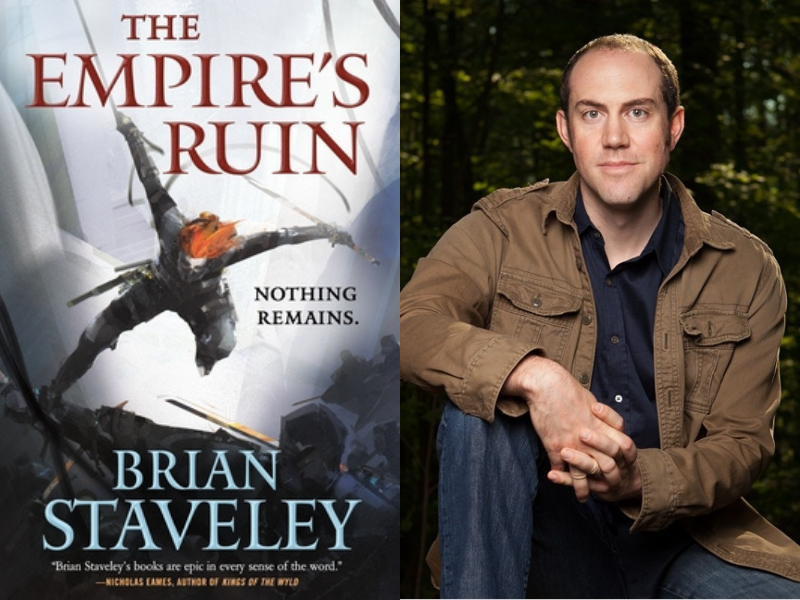 Celebrate the release of The Empire's Ruin -- the first book of the Ashes of the Unhewn Throne series -- with author Brian Staveley!

Books purchased on the registration page will include a signed and personalized bookplate.

The first book in a new epic fantasy trilogy based in the world of Brian Staveley's popular series the Chronicle of the Unhewn Throne, The Empire's Ruin.

The Annurian Empire is disintegrating. The advantages it used for millennia have fallen to ruin. The ranks of the Kettral have been decimated from within, and the kenta gates, granting instantaneous travel across the vast lands of the empire, can no longer be used.

In order to save the empire, one of the surviving Kettral must voyage beyond the edge of the known world through a land that warps and poisons all living things to find the nesting ground of the giant war hawks. Meanwhile, a monk turned con-artist may hold the secret to the kenta gates.

But time is running out. Deep within the southern reaches of the empire an ancient god-like race has begun to stir. What they discover will change them and the Annurian Empire forever. If they can survive.

Brian Staveley has taught literature, religion, history, and philosophy, all subjects that influence his writing, and holds an MA in Creative Writing from Boston University. He works as an editor for Antilever Press, and has published poetry and essays, both in print and on-line. He lives in Vermont and divides his time between running trails, splitting wood, writing, and urchin wrangling.