Catherynne M. Valente: The Past Is Red

Catherynne M. Valente: The Past Is Red 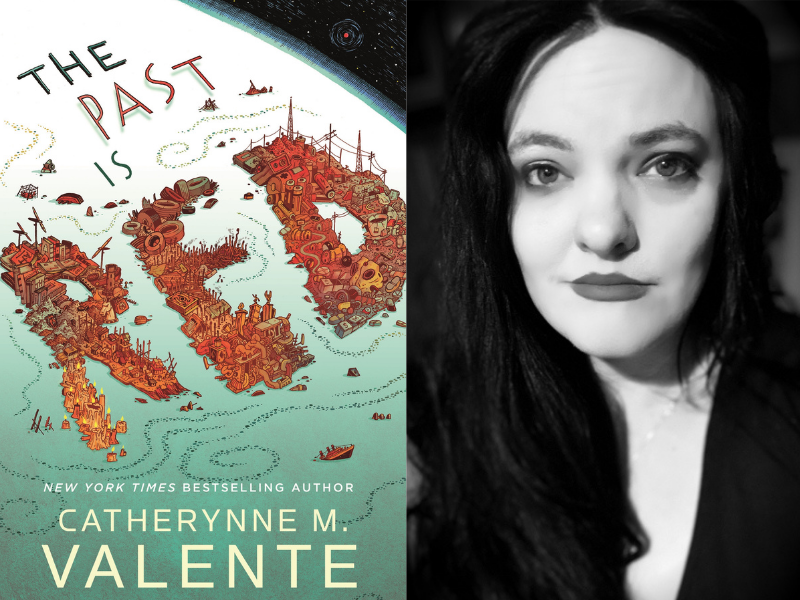 Catherynne M. Valente discusses The Past Is Red, a new novella of a water-soaked future and the girl who loves it.

The Past Is Red

Catherynne M. Valente, the bestselling and award-winning creator of Space Opera and The Girl Who Circumnavigated Fairyland, twirls sentences around her pen like magic. She returns here with The Past Is Red, the enchanting, dark, funny, angry story of a girl who made two terrible mistakes: she told the truth and she dared to love the world.

The future is blue. Endless blue…except for a few small places that float across the hot, drowned world left behind by long-gone fossil fuel-guzzlers. One of those patches is a magical place called Garbagetown.

Tetley Abednego is the most beloved girl in Garbagetown, but she’s the only one who knows it. She’s the only one who knows a lot of things: that Garbagetown is the most wonderful place in the world, that it’s full of hope, that you can love someone and 66% hate them all at the same time. But Earth is a terrible mess, hope is a fragile thing, and a lot of people are very angry with her.

Catherynne M. Valente is the New York Times bestselling author of over two dozen works of fiction and poetry, including Palimpsest, the Orphan’s Tales series, Deathless, Radiance, and the crowdfunded phenomenon The Girl Who Circumnavigated Fairyland in a Ship of Her Own Making (and the four books that followed it). She is the winner of the Andre Norton, Tiptree, Sturgeon, Eugie Foster Memorial, Mythopoeic, Rhysling, Lambda, Locus, and Hugo awards, as well as the Prix Imaginales. Valente has also been a finalist for the Nebula and World Fantasy Awards. She lives on an island off the coast of Maine with a small but growing menagerie of beasts, some of which are human.