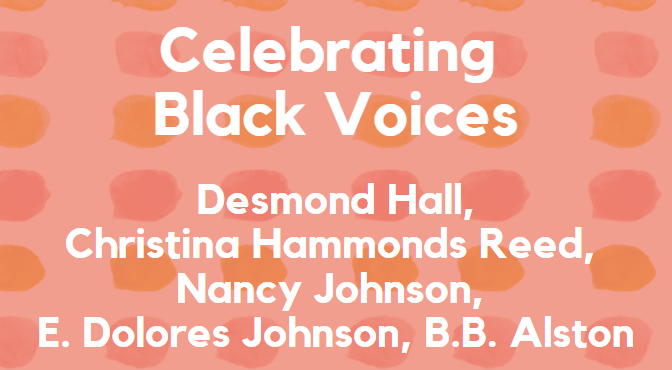 B.B. Alston started writing in middle school, entertaining his classmates with horror stories starring the whole class where not everyone survived! After several years of trying to break into publishing, he had just been accepted into a biomedical graduate program when a chance entry into a twitter pitch contest led to his signing with TBA, 20+ book deals worldwide, and even a film deal. When not writing, he can be found eating too many sweets and exploring country roads to see where they lead.

Christina Hammonds Reed is the New York Times bestselling author of The Black Kids, a William C. Morris YA Debut Award Finalist. She holds an MFA from the University of Southern California’s School of Cinematic Arts. Her writing has appeared in ELLE, Teen Vogue, the Santa Monica Review and One Teen Story among other outlets. A native of the LA area, she is a proud Angeleno and self-proclaimed beach bum.

Desmond Hall says, "Hello! I’m a Jamaican-born writer, and the title of my debut novel, Your Corner Dark, is also a Jamaican phrase that refers to being stuck between a rock and a hard place with no good choices. And my story is a fast-paced, riveting page-turner that’s exactly about choices, impossible odds, and perseverance. Frankie Green, a Jamaican teen who gets a full ride scholarship to study in the U.S., faces a sudden tragedy that threatens everything he’s dreamed of, and his very life."

Nancy Johnson - A native of Chicago's South Side, Nancy Johnson worked for more than a decade as an Emmy-nominated, award-winning television journalist at CBS and ABC affiliates nationwide. The Kindest Lie, published by William Morrow/HarperCollins, is her first novel.

Get Books! Register on Eventbrite to receive a 15% off coupon for the following books from brooklinebooksmith.com: