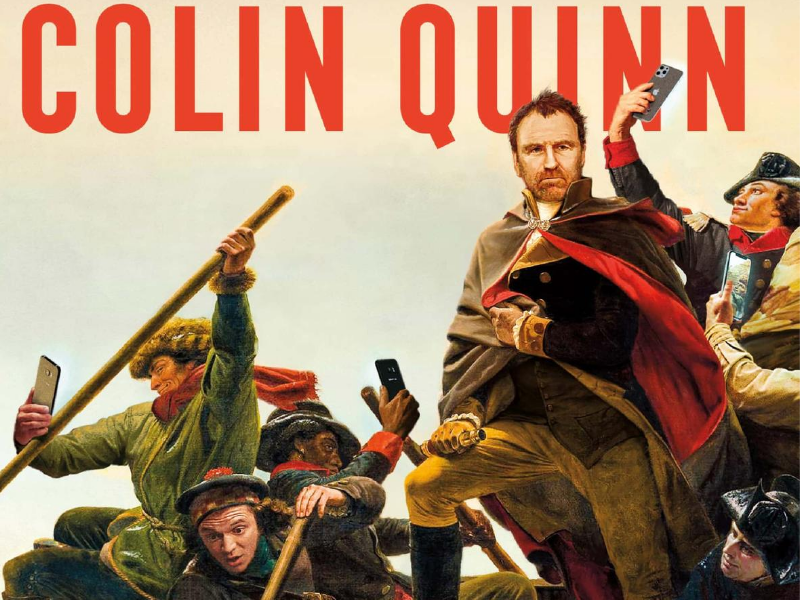 How can a nation composed of states that range from Utah (“The church of states”) to Vermont (“The state of relevant old people”) possibly hang together? In OVERSTATED: A Coast to Coast Roast of the 50 States by Colin Quinn (St. Martin’s Press, September 22, 2020, $27.99), the popular comedian and social commentator tackles the condition of our union today.

Running state-by-state, from Connecticut to Hawaii, Quinn calls us out and identifies the hypocrisies inherent in what we claim to believe and what we actually do. Within a framework of big-picture thinking about systems of government—after all, how would you put this country together if you started from scratch today?—to dead-on-funny observations about the quirks and vibes of the citizens in each region, OVERSTATED skewers us all, red, blue, and purple, and is infused with the same blend of optimism and practicality that sparked the U.S. into being.

As Quinn writes, “We made promises in the Constitution that no one can live up to. A representative democracy has a lot of flaws to it—because representatives are humans. They have to deal with hundreds of different needs and personalities in their districts. And there are just too many people! It’s like your wedding. You plan the tables to make sure the people who hate each other don’t sit too close. You want to say ‘hi’ to everybody, but ultimately you spend time with the people with the biggest envelope.”

Colin Quinn has become one of the most beloved comedic voices with both fans and critics alike. His national standup tour The Wrong Side of History followed his one-man show, Red State Blue State, which premiered in January 2019 to rave reviews. The New Yorker lauded the hour as “among Quinn’s funniest so far” and The New York Times described Quinn as a “barstool philosopher.”  The show aired on CNN as the network’s first comedy special in May 2019. Red State Blue State followed off-Broadway runs of ColinQuinn: The New York Story, directed by Jerry Seinfeld, and Colin Quinn: Long Story Short, which garnered a Drama Desk Award nomination.

Quinn appeared in the hit HBO series Girls as well as the feature film Trainwreck alongside Amy Schumer.  He is also known for his run hosting “Weekend Update” on NBC’s Saturday Night Live and as host of Comedy Central’s series Tough Crowd with Colin Quinn.