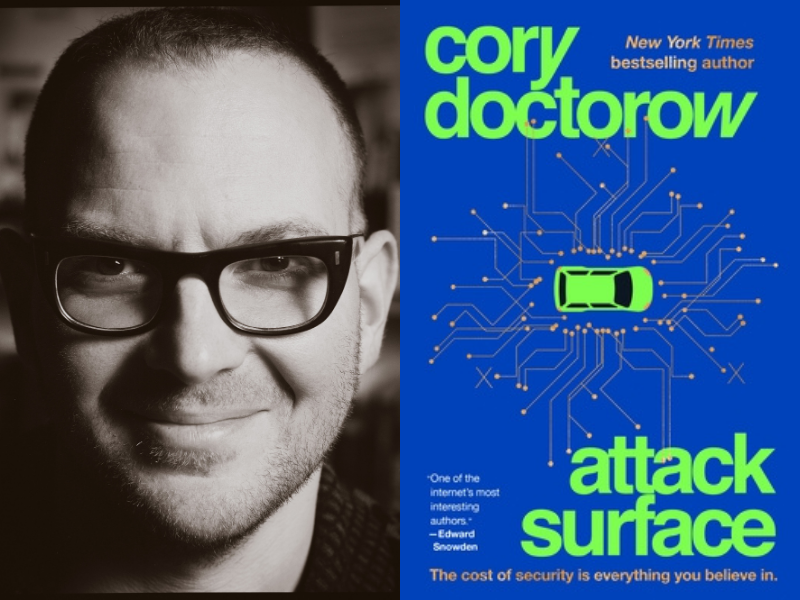 Return to the world of New York Times bestsellers Little Brother and Homeland in this new standalone novel!

Cyber counterterrorist wizard Masha Maximow found it easy to compartmentalize when her targets were strangers in faraway police states. It was easy to ignore the collateral damage of murder, rape, and torture. And most days, she has felt that she's on the winning side.

But when the horrors she's been ignoring hit close to home, and the hacks and exploits she’s devised are directed at her friends and family--including boy wonder Marcus Yallow, her old crush and archrival, and his entourage of naïve idealists--Masha realizes she has to make a choice.

This event will feature Cory Doctorow in conversation with Amber Benson and John Rogers.

Cory Doctorow is a special consultant to the Electronic Frontier Foundation, an MIT Media Lab Research Associate and a visiting professor of Computer Science at the Open University. His award-winning novel Little Brother and its sequel Homeland were New York Times bestsellers. Born and raised in Canada, he lives in Los Angeles.