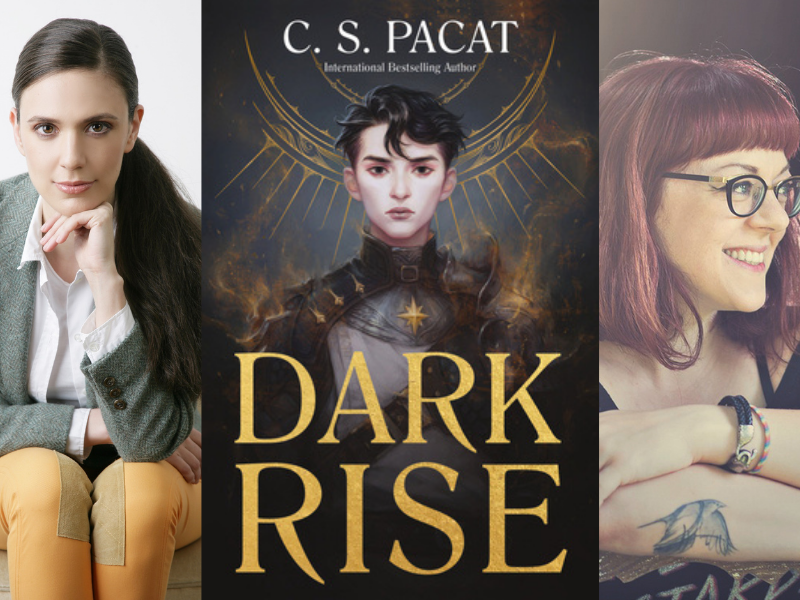 Celebrate the release of Dark Rise with author C.S. Pacat, in conversation with Victoria Schwab!

Tickets include a copy of Dark Rise!

You can also support Victoria Schwab's Gallant (out March 2022) by preordering at registration!

Live outside the US? You can join this event by purchasing a $10 international entrance-only ticket.

In this stunning new fantasy novel from international bestselling author C.S. Pacat, heroes and villains of a long-forgotten war are reborn and begin to draw new battle lines. This epic fantasy with high-stakes romance will sit perfectly on shelves next to beloved fantasy novels like the Infernal Devices series, the Shadow and Bone trilogy, and the Red Queen series.

Sixteen-year-old dock boy Will is on the run, pursued by the men who killed his mother. Then an old servant tells him of his destiny to fight beside the Stewards, who have sworn to protect humanity if the Dark King ever returns. Will is thrust into a world of magic, where he starts training for a vital role in the oncoming battle against the Dark.

As London is threatened and old enmities are awakened, Will must stand with the last heroes of the Light to prevent the fate that destroyed their world from returning to destroy his own.

C.S. Pacat is the bestselling author of the Captive Prince trilogy and the graphic novel series Fence. She lives in Melbourne, Australia. Find her online at www.cspacat.com.

Victoria Schwab is the #1 New York Times bestselling author of more than twenty books, ranging from middle grade to teen to adult. Her books have garnered critical acclaim and been featured in the New York Times, Entertainment Weekly, The Washington Post, and NPR; have been translated into more than a dozen languages; and been optioned for television and film. Schwab, an avid traveler, received her MFA from the University of Edinburgh, where her thesis was about the presence of monsters in medieval art. She lives in Edinburgh, Scotland.