Donna Leon: Give Unto Others

Donna Leon: Give Unto Others 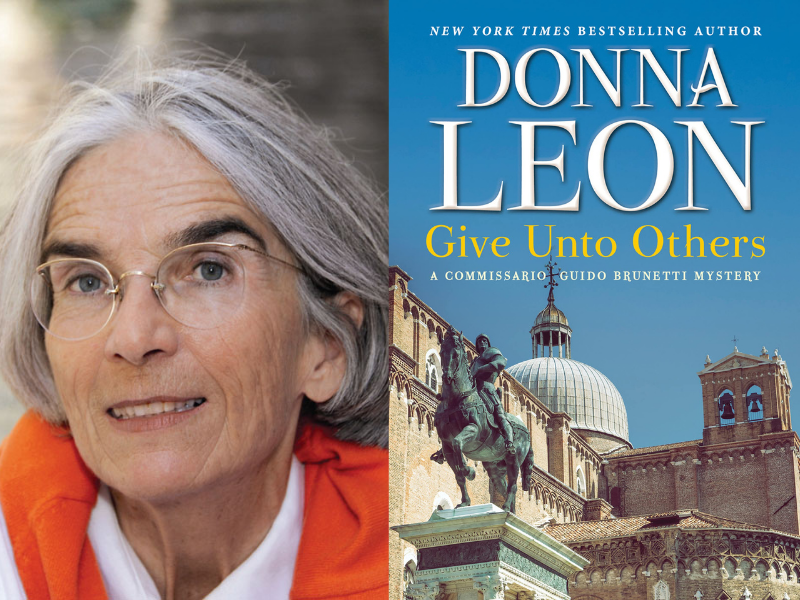 Celebrate the release of Give Unto Others, the thirty-first Commissario Guido Brunetti mystery, with author Donna Leon.

Books ordered on the registration page include a signed bookplate! Thank you for supporting a small business with your purchase.

Brunetti is forced to confront the price of loyalty, to his past and in his work, as a seemingly innocent request leads him into troubling waters.

What role can or should loyalty play in the life of a police inspector? It's a question Commissario Guido Brunetti must face and ultimately answer in Give Unto Others, Donna Leon's splendid 31st installment of her acclaimed Venetian crime series.

Brunetti is approached for a favor by Elisabetta Foscarini, a woman he knows casually, but her mother was good to Brunetti's mother, so he feels obliged to at least look into the matter privately, and not as official police business. Foscarini's son-in-law, Enrico Fenzo, has alarmed his wife (her daughter) by confessing their family might be in danger because of something he's involved with. Since Fenzo is an accountant, Brunetti logically suspects the cause of danger is related to the finances of a client. Yet his clients seem benign: an optician, a restaurateur, a charity established by his father-in-law. However, when his friend's daughter's place of work is vandalized, Brunetti asks his own favors--that his colleagues Claudia Griffoni, Lorenzo Vianello, and Signorina Elettra Zorzi assist his private investigation, which soon enough turns official as they uncover the dark and Janus-faced nature of a venerable Italian institution.

Exploring the wobbly line between the criminal and non-criminal, revealing previously untold elements of Brunetti's past, Give Unto Others shows that the price of reciprocity can be steep.

Donna Leon, born in New Jersey in 1942, has worked as a travel guide in Rome and as a copywriter in London. She taught literature in universities in Iran, China, and Saudi Arabia. Commissario Brunetti made her books world-famous. Donna Leon lived in Italy for many years, and although she now lives in Switzerland, she often visits Venice.