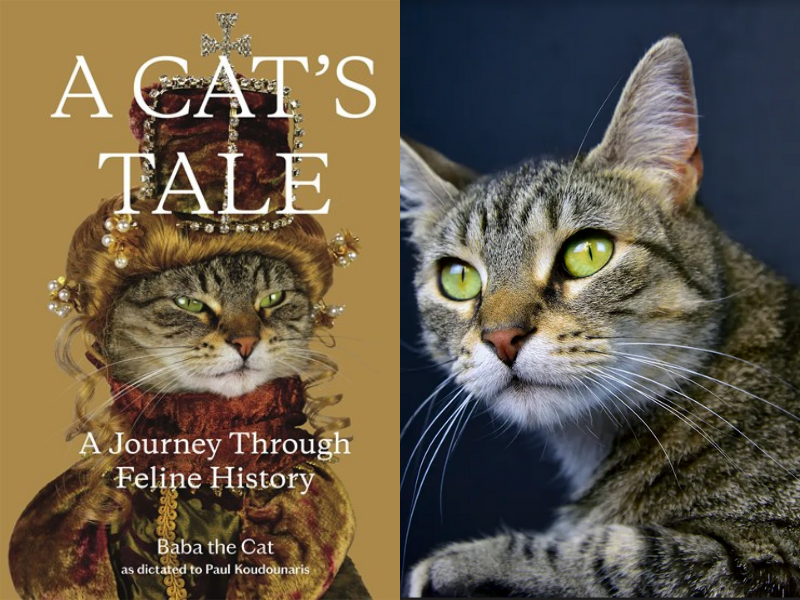 Since the dawn of civilization, felines have prowled alongside mankind as they expanded their territory and spread the myth of human greatness. And today, cats are peddled on social media as silly creatures, here to amuse humans with their antics. But this is an absurd, self-centered fantasy. The true history of felines is one of heroism, love, tragedy, sacrifice, and gravitas. Not entirely convinced? Well, get ready, because Baba the Cat is here to set the record straight.

Dr. Paul Koudounaris has a PhD in art history from UCLA and an international speaking career, and he is one of the world’s most popular historians of the eccentric, ephemeral, and macabre. A beloved fixture in the cat appreciation community, he is annually a speaker at the world’s largest cat convention, CatCon, with more than 20,000 attendees.

Baba is a DSH tabby with a love for adventure and history. Despite weighing in at less than nine pounds, she is big on the inside, and never has any cat or human stood in the way of her getting what she wants. Born to the rough streets of Los Angeles and educated in the school of hard knocks, she was interred in the city's animal shelter at a young age only to be discovered there by her human co-author. She started modeling five years ago and has since graced websites and publications across the world, with several of her images being exhibited in gallery shows and printed as posters.