Eleanor Henderson with Joanna Rakoff: Everything I Have Is Yours

Eleanor Henderson with Joanna Rakoff: Everything I Have Is Yours 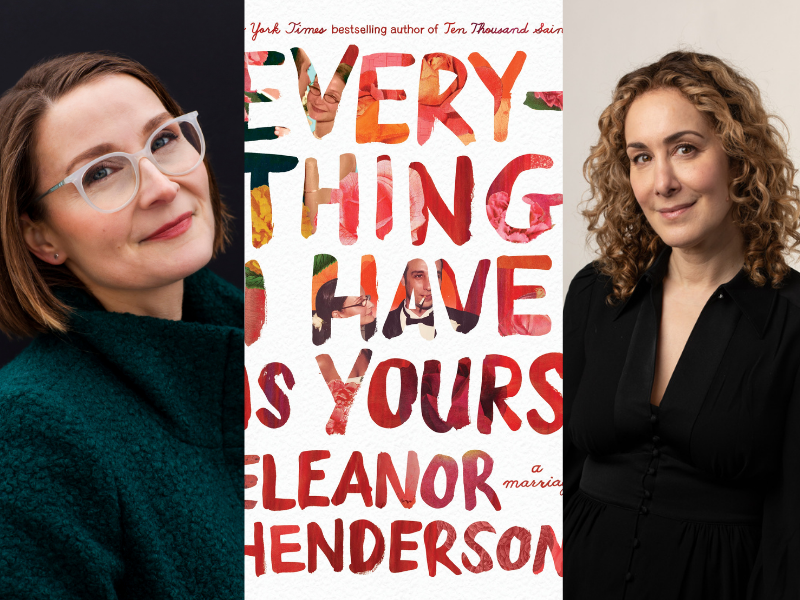 Celebrate the release of Everything I Have Is Yours with author Eleanor Henderson, in conversation with Joanna Rakoff.

Books purchased on the registration page will include a personalized and signed bookplate.

Eleanor met Aaron when she was just a teenager and he was working at a local record stored—older, experienced, and irresistibly charming. Their summer romance bloomed into a relationship that survived college and culminated in a marriage and two children. From the outside looking in, their life had all the trappings of what most would consider a success story.

But on top of the typical stresses of parenting, money, and work, there were the untended wounds of depression, addiction, and childhood trauma. And then one day, out of nowhere: a rash appeared on Aaron’s arms. Soon, it had morphed into painful lesions covering his body. There was no obvious diagnosis, let alone a cure. Years passed and the lesions gave way to Aaron’s increasingly disturbed concerns about the source of his sickness, and the husband she loved seemed to unravel before her eyes.

Where does physical illness end and mental illness begin? Where does one person end and another begin? And how do we exist alongside someone else’s suffering?

Emotional, intimate, and at times agonizing, Everything I Have Is Yours tells the story of a marriage tested by powerful forces outside both partners’ control. It’s not only a memoir of a wife’s tireless quest to heal her husband, but also one that asks just what it means to accept someone as they are.

Eleanor Henderson’s novel Ten Thousand Saints was named one of the Top 10 Books of the Year by the New York Times and was a finalist for a Los Angeles Times Book Prize. An assistant professor of fiction writing at Ithaca College, she lives in Ithaca, New York, with her husband and two sons.

Joanna Rakoff is the author of the bestsellers My Salinger Year, a memoir, and A Fortunate Age, a novel. The film adaptation of My Salinger Year, starring Sigourney Weaver and Margaret Qualley, was in theaters earlier this year and is now streaming on all platforms. She writes frequently for the New York Times, Vogue, and other publications.