Elinor Lipman with Stacy Schiff: Rachel to the Rescue

Elinor Lipman with Stacy Schiff: Rachel to the Rescue 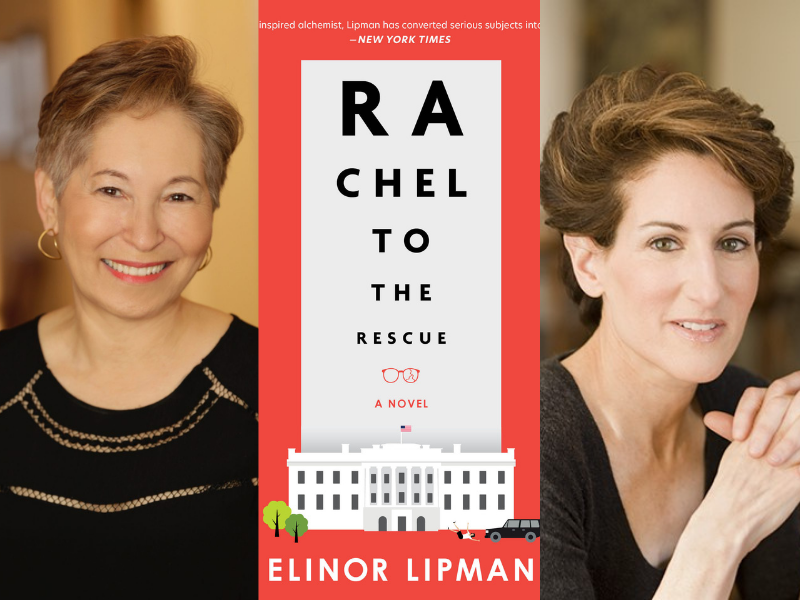 Celebrate the release of Rachel to the Rescue with author Elinor Lipman, in conversation with Stacy Schiff—editor of her first two books!

Books purchased on the registration page will include a signed, personalized bookplate.

Rachel to the Rescue

“If laughter is the best medicine...Rachel to the Rescue is a healing prescription following four years of the Trump presidency.” —Shelf Awareness

Rachel Klein is sacked from her job at the White House after she sends an email criticizing Donald Trump.

As she is escorted off the premises she is hit by a speeding car, driven by what the press will discreetly call "a personal friend of the President."

Does that explain the flowers, the get-well wishes at a press briefing, the hush money offered by a lawyer at her hospital bedside? Rachel’s recovery is soothed by comically doting parents, matchmaking room-mates, a new job as aide to a journalist whose books aim to defame the President, and unexpected love at the local wine store. But secrets leak, and Rachel’s new-found happiness has to make room for more than a little chaos. Will she bring down the President? Or will he manage to do that all by himself? Rachel to the Rescue is a mischievous political satire, with a delightful cast of characters, from one of America’s funniest novelists.

Elinor Lipman was born in Massachusetts and is the author of more than a dozen novels. Her first one, Then She Found Me, was published in 1990 and was adapted into a film starring Helen Hunt, Bette Midler, and Colin Firth. She won the New England Book Award in 2001, and her novel My Latest Grievance won the Paterson Fiction Prize. She lives in Manhattan, as well as in upstate New York.

Moderator Stacy Schiff is the author, most recently, of Cleopatra and The Witches: Salem, 1692, both #1 bestsellers. Writing in The Wall Street Journal, Brad Gooch has called her “perhaps the most seductive writer of nonfiction prose in America in our time.” A former Guggenheim Fellow, she was awarded a Pulitzer Prize for her Vera (Mrs. Vladimir Nabokov).