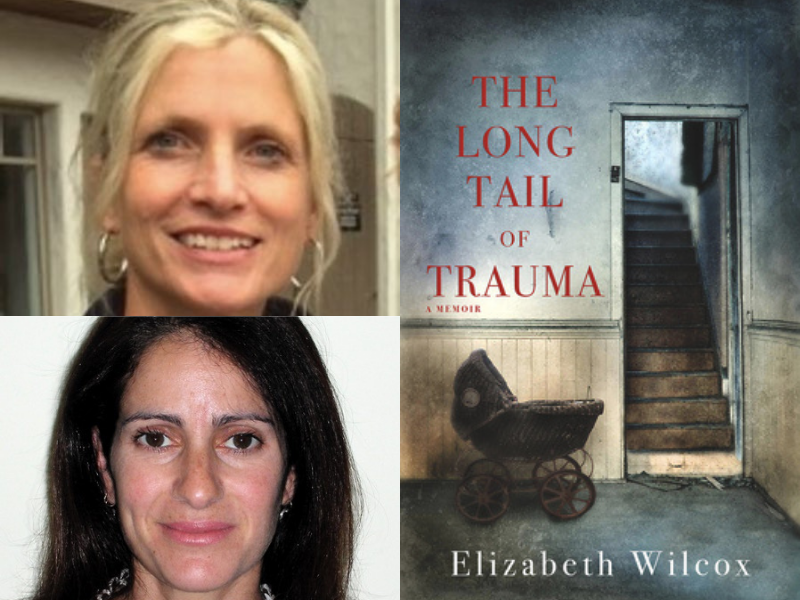 So begins this multigenerational memoir that explores the author's maternal history of repeated trauma, separation, adverse childhood experiences (ACES) and their impact on mental health. Set against a twenty-year dialogue with her mother Barbara, who suffers from long undiagnosed PTSD, author Elizabeth Wilcox opens her maternal history with the birth of her illegitimate grandmother Violet to a German house servant outside London in 1904. With her mother's encouragement, Wilcox goes on to trace the lives of her grandmother Violet and her mother Barbara, both of whom are deeply impacted by maternal separation and the complex trauma they have endured. Violet undergoes multiple separations: from her mother until the age of six, from her German Jewish stepfather during WWI at the age of ten, and from her own three-year-old daughter Barbara when her family escapes without her from Holland during Hitler's invasion. Later put on a train to Wales with her eighteen-month-old brother Neville during Operation Pied Piper, Barbara also tragically endures an itinerant childhood characterized by maternal separation, foster homes, boarding schools, and abuse. Through a dual timeline that is both present day and historic, Wilcox weaves together these documented and imagined voices of the women who precede her, while using her experience as a journalist and writer in the field of early childhood education and mental health to explore the impact of adverse childhood experiences on adult wellbeing and mental health. Through her work and her mother Barbara who has successfully raised seven children despite her difficult past, Wilcox also shows what it means to parent with intention, forgiveness and unconditional love.

Elizabeth Wilcox has worked as a journalist in England, Hong Kong, and the US. She has extensive experience both nationally and internationally as a newspaper columnist, radio presenter, CNBC television news producer, and web producer. Her first book The Mom Economy (Berkley, 2003) was called "One of the best career books of 2003" by syndicated columnist Joyce Lain Kennedy. Wilcox currently specializes in content development and strategy for educational organizations that promote social and emotional learning in early childhood and trauma-informed practices for youth.

Dr. Bethany Casarjian is the Clinical Director of the Lionheart Foundation, whose mission is to create social-emotional learning curricula for our nation’s highest risk populations. For the past 20 years, Dr. Casarjian has developed, implemented, and evaluated the impact of asset-based, psychosocial interventions created for adolescent populations including those in residential treatment, youth involved in the juvenile justice system, homeless and court-involved teen mothers and direct-care providers. Through The Lionheart Foundation, Dr. Casarjian has co-authored two books and accompanying programs for youth designed to increase social and emotional regulation skills, reduce risk-taking behavior, and increase the potential healthy development entitled Power Source: Taking Charge of Your Life (PS) and Power Source Parenting: Growing Up Strong and Raising Healthy Kids (PSP). Dr. Casarjian has trained over a thousand child-welfare, mental health, and juvenile justice professionals in the use of Power Source, Power Source Parenting and EQ2 Her work has been funded by the Substance Abuse and Mental Health Administration (SAMHSA) and the National Institutes of Health (NIH). To date, she is a co-investigator of the largest US study examining the impact of mindfulness with incarcerated male youth.