Emily Midorikawa with Jennifer Alton: Out of the Shadows

Emily Midorikawa with Jennifer Alton: Out of the Shadows 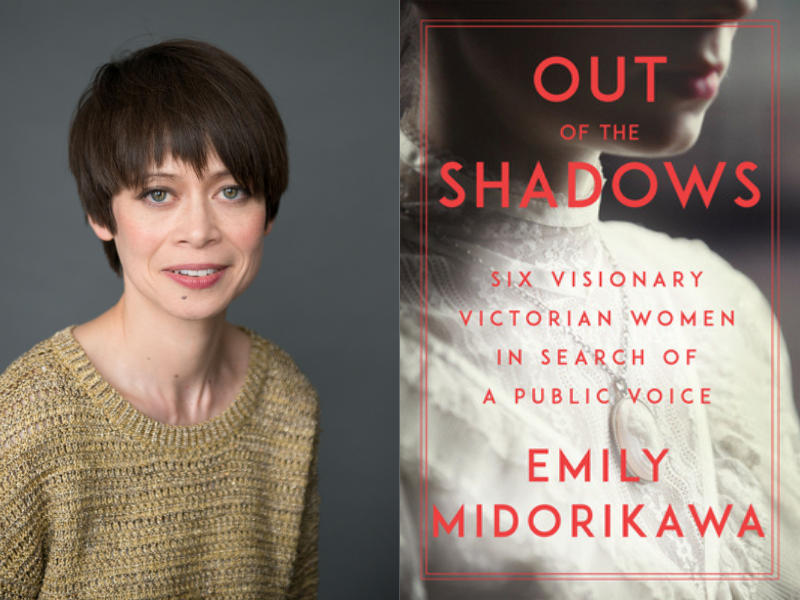 Celebrate the release of Out of the Shadows with Emily Midorikawa, in conversation with Katie Tuttle.

Out of the Shadows: Six Visionary Victorian Women in Search of a Public Voice

Queen Victoria's reign was an era of breathtaking social change, but it did little to create a platform for women to express themselves. Not so within the social sphere of the séance--a mysterious, lamp-lit world on both sides of the Atlantic, in which women who craved a public voice could hold their own.

Out of the Shadows tells the stories of the enterprising women whose supposedly clairvoyant gifts granted them fame, fortune, and most important, influence as they crossed rigid boundaries of gender and class as easily as they passed between the realms of the living and the dead.

Emily Midorikawa is the coauthor of A Secret Sisterhood: The Literary Friendships of Jane Austen, Charlotte Brontë, George Eliot, and Virginia Woolf. Her work has been published in The Washington Post, The Paris Review, Lapham’s Quarterly, Time, and elsewhere. She is a winner of the Lucy Cavendish Fiction Prize and was a runner-up for the SI Leeds Literary Prize and the Yeovil Literary Prize. She teaches at New York University London.

Jennifer Alton is an Assistant Editor at Counterpoint Press, whose acquisitions include Devi S. Laskar's The Atlas of Reds and Blues, Amanda Goldblatt's Hard Mouth, and Krys Malcolm Belc's forthcoming The Natural Mother of the Child. She's had the pleasure of editing Emily Midorikawa's Out of the Shadows, Nell Painter's Old in Art School, and Todd Robert Petersen's Picnic in the Ruins, among many other books. She graduated from the University of California, San Diego and holds an MFA from San Francisco State University. She is a Returned Peace Corps Volunteer (Ukraine 2011-2013) and lives in San Diego.