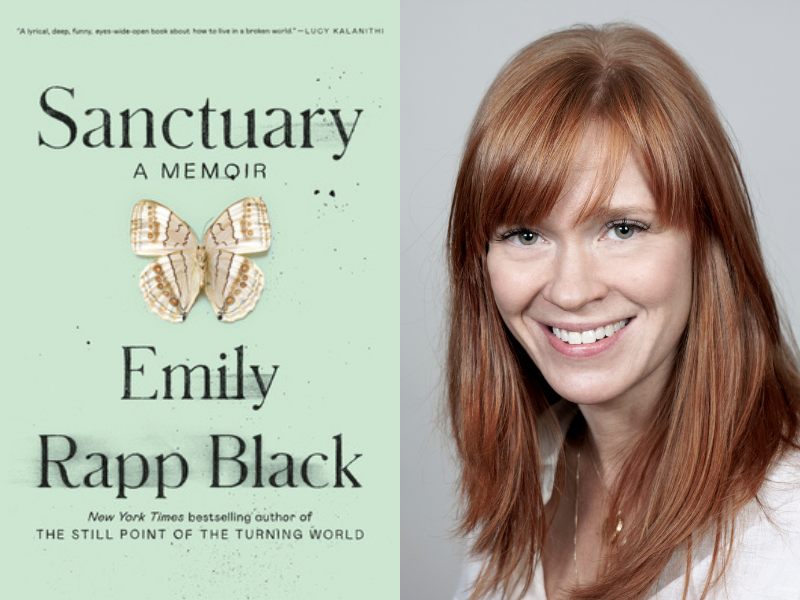 “Congratulations on the resurrection of your life,” a colleague wrote to Emily Rapp Black when she announced the birth of her second child. The line made Rapp Black pause. Her first child, a boy named Ronan, had died from Tay-Sachs disease before he turned three years old.

Since that time, her life had changed utterly. But she rejected the idea that she was leaving her old life behind—that she had, in the manner of the mythical phoenix, risen from the ashes and been reborn into a new story, when she still carried so much of her old story with her. More to the point, she wanted to carry it with her.

This book is an attempt to unpack the various notions of resilience that we carry as a culture. Emily Rapp Black shows how we need a more complex understanding of this concept, knowing that we may be asked to rebuild and reimagine our lives at any moment. Interwoven with lyrical, unforgettable personal vignettes, Rapp Black creates a stunning tapestry of wisdom and insight.

Emily Rapp Black is the author of Poster Child: A Memoir and The Still Point of the Turning World. A former Fulbright scholar, she was educated at Harvard University, Trinity College-Dublin, Saint Olaf College, and the University of Texas-Austin, where she was a James A. Michener Fellow. A recent Guggenheim Fellowship Recipient, she has received awards and fellowships from the Rona Jaffe Foundation, the Jentel Arts Foundation, the Corporation of Yaddo, the Fine Arts Work Center in Provincetown, Fundación Valparaíso, and Bucknell University, where she was the Philip Roth Writer-in-Residence. Her work has appeared in Vogue, The New York Times, Salon, Slate, Time, The Boston Globe, The Wall Street Journal, Psychology Today, O: The Oprah Magazine, Los Angeles Times, and many others. She is a regular contributor to The New York Times Book Review and frequently publishes scholarly work in the fields of disability studies, bioethics, and theological studies. She is currently associate professor of creative writing at the University of California-Riverside, where she also teaches medical narratives in the School of Medicine.

Joanna Rakoff is the bestselling author of the novel A Fortunate Age, winner of the Goldberg Prize for Fiction and the Elle Readers Prize, and the memoir My Salinger Year, which has been published around the world and adapted into a feature film starring Sigourney Weaver and Margaret Qualley in theaters and streaming March 3, 2021. She has written for Vogue, Marie Claire, O: The Oprah Magazine, The New York Times, The Guardian, and many other publications. Her new memoir, The Fifth Passenger, will be out next year.