An Evening with Boston Poets

An Evening with Boston Poets 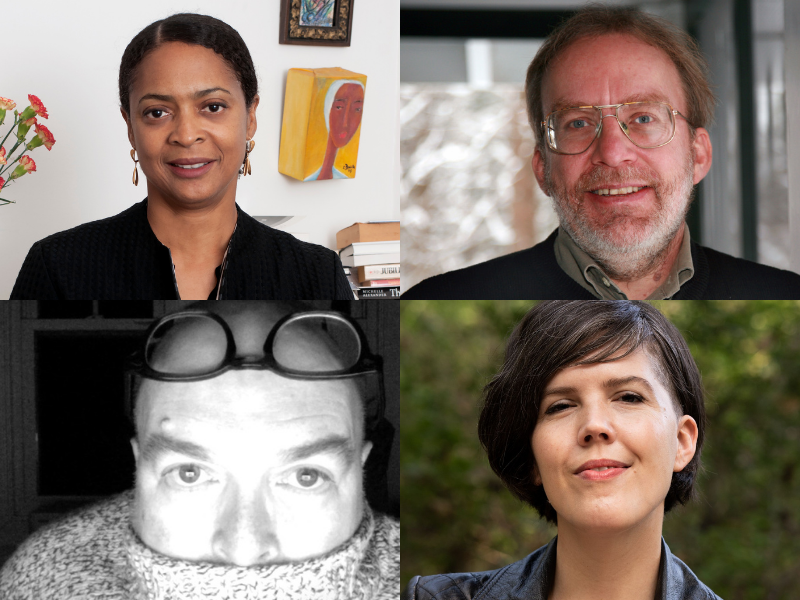 The Poets & Their Work

Danielle Legros Georges is a writer, academic, and author of several books of poetry including The Dear Remote Nearness of You, winner of the New England Poetry Club’s Sheila Margaret Motten book prize. Her awards include fellowships from the Massachusetts Cultural Council and the Black Metropolis Research Consortium. She was appointed the second Poet Laureate of the city of Boston, serving in the role from 2015 to 2019. She is a professor of creative writing at Lesley University, and the translation editor of Consequence. Her most recent work is a book of translations, Island Heart: The Poems of Ida Faubert, published in 2021.

Kendra DeColo is the author of three poetry collections, I Am Not Trying to Hide My Hungers From the World (BOA Editions, 2021), My Dinner with Ron Jeremy (Third Man Books, 2016) and Thieves in the Afterlife (Saturnalia Books, 2014), selected by Yusef Komunyakaa for the 2013 Saturnalia Books Poetry Prize. She is also co-author of Low Budget Movie (Diode, 2021), a collaborative chapbook written with Tyler Mills. She has received awards and fellowships from the National Endowment for the Arts, MacDowell, the Bread Loaf Writers’ Conference, the Millay Colony, Split this Rock, and the Tennessee Arts Commission. Her poems and essays have appeared in American Poetry Review, Tin House Magazine, Waxwing, Los Angeles Review, Bitch Magazine, VIDA, and elsewhere. She has performed her work in comedy clubs and music venues including the Newport Folk Festival, and she has taught at Sarah Lawrence College, Vanderbilt University, and the Tennessee Prison for Women. She currently teaches at The Hugo House and lives in Nashville, Tennessee.