Above Us the Milky Way is a story about war, immigration, and the remarkable human capacity to create beauty out of horror. As a young family attempts to reconstruct their lives in a new and peaceful country, they are daily drawn back to the first land through remembrance and longing, by news of the continued suffering and loss of loved ones, and by the war dead, who have immigrated and reside with them, haunting their days and illuminating the small joys and wonders offered them by the new land.

The novel’s structure is built around the alphabet, twenty-six pieces written in the first person that sketch a through-line of memory for the lives of the five daughters, mother, and father. Ghost stories and fairytales are woven with old family photographs and medieval-style watercolor illuminations to create an origin story of loss and remembrance.

Fowzia Karimi was born in Kabul, Afghanistan and immigrated with her family to Southern California after the Soviet invasion of Afghanistan. She received her MFA in Creative Writing from Mills College in Oakland, California, and has illustrated The Brick House by Micheline Aharonian Marcom (Awst Press) and Vagrants and Uncommon Visitors by A. Kendra Greene (Anomalous Press). She is a recipient of The Rona Jaffe Foundation Writers’ Award. She lives in Texas.

Moderator Micheline Aharonian Marcom has published seven novels, including a trilogy of books about the Armenian genocide and its aftermath in the twentieth century. Her latest book, The New American, was published by Simon & Schuster in August. She is the founder and Creative Director of The New American Story Project [NASP], a living archive of voices exploring the forces of migration and the lives of new Americans newamericanstoryproject.org. She teaches Creative Writing at the University of Virginia. 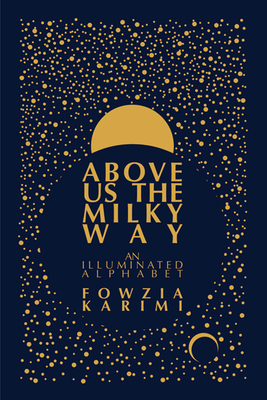 Above Us the Milky Way