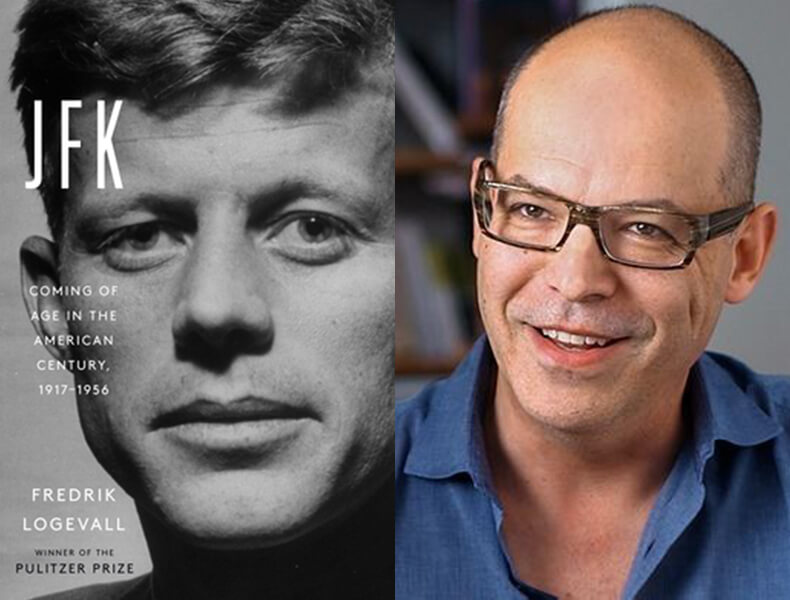 While hagiographic portrayals of John F. Kennedy's dazzling charisma, reports of his extramarital affairs, and disagreements over his political legacy have come and gone in the decades since his untimely death, these accounts all fail to capture the full person. Beckoned by this gap in our historical knowledge, Fredrik Logevall has spent much of the last decade searching for the “real” JFK. The result of this prodigious effort is a sweeping two-volume biography that properly contextualizes Kennedy amidst the roiling American Century. This volume spans the first thirty-nine years of JFK’s life.

Along the way, Logevall tells the parallel story of America’s midcentury rise. As Kennedy comes of age, we see the charged debate between isolationists and interventionists; the tumult of the Second World War; the spread of the Cold War; and the domestic politics of anti-Communism and McCarthyism. This is a sweeping history of the United States in the middle decades of the twentieth century, as well as the clearest portrait we have of an enigmatic American icon.

Fredrik Logevall is Laurence D. Belfer Professor of International Affairs and professor of history at Harvard University. A specialist on U.S. foreign-relations history and modern international history, he is the author or editor of nine books, most recently Embers of War, which won the Pulitzer Prize for History and the Francis Parkman Prize.

Moderator Seth Blumenthal is a Senior Lecturer in Boston University’s College of Arts and Sciences Writing Program. This year, Seth was recognized with Boston University’s Metcalf Award for Teaching Excellence. His research focuses on the Republican Party and conservative politics after 1968, and his first book published in 2018, Children of the Silent Majority: Youth Politics and the Rise of the Republican Party, 1968-1980, won the New England Historical Association’s James P. Hanlan Book Award.

John Fitzgerald Kennedy National Historic Site is the birthplace and early childhood home of the 35th President of the United States. The historic house, collections, and neighboring Brookline community permit exploration of early influences that shaped the character and ambitions of John Fitzgerald Kennedy.