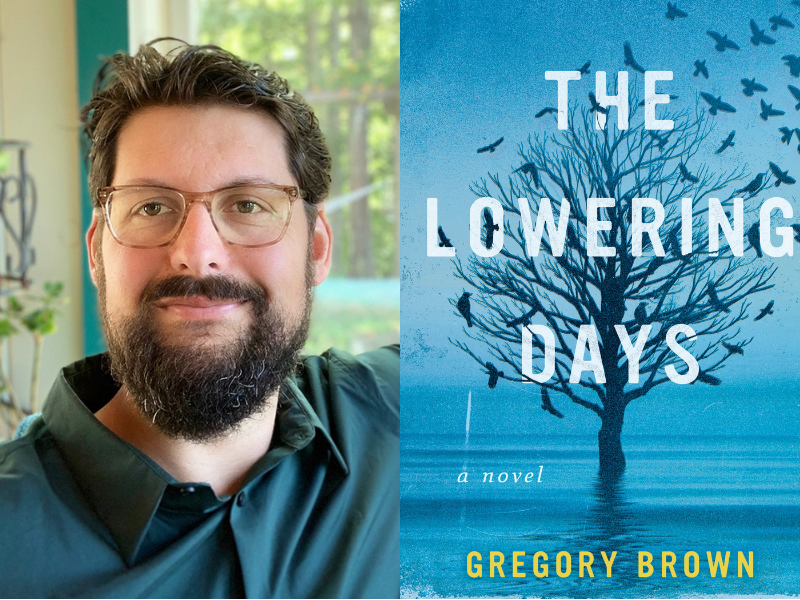 If you paid attention, you could see the entire unfolding of human history in a story . . .

Running down the state like a spine, the Penobscot river shared its name with the people of the Penobscot Nation, whose ancestral territory included the entire Penobscot watershed—the land upon which the Ames family makes their home.

David Almerin Ames and his brothers believe this wild patch of Maine belongs to them. But the boys' childhood reverie, shared with the natural world and their iconoclastic parents, is shattered by the burning of a paper mill--once the backbone of the valley's economy, then shuttered, then given the promise of reopening. As the community grapples with the scope of the devastation, a Penobscot teenager confesses to the crime—and proclaims it to be an act of justice for a sacred river under centuries of assault.

As a centuries-old divide is starkly revealed, anger and resentment explode into tragedy.

The Author - A graduate of the Iowa Writers’ Workshop, Gregory Brown is the recipient of scholarships and fellowships from MacDowell and the Bread Loaf Writers’ Conference. His short stories have appeared in several publications, including Tin House, Alaska Quarterly Review, Shenandoah, Epoch, and Narrative Magazine, where he was a winner of the 30Below Prize.

Alexander Chee is a novelist and essayist, most recently the author of How to Write an Autobiographical Novel. He teaches creative writing at Dartmouth College.