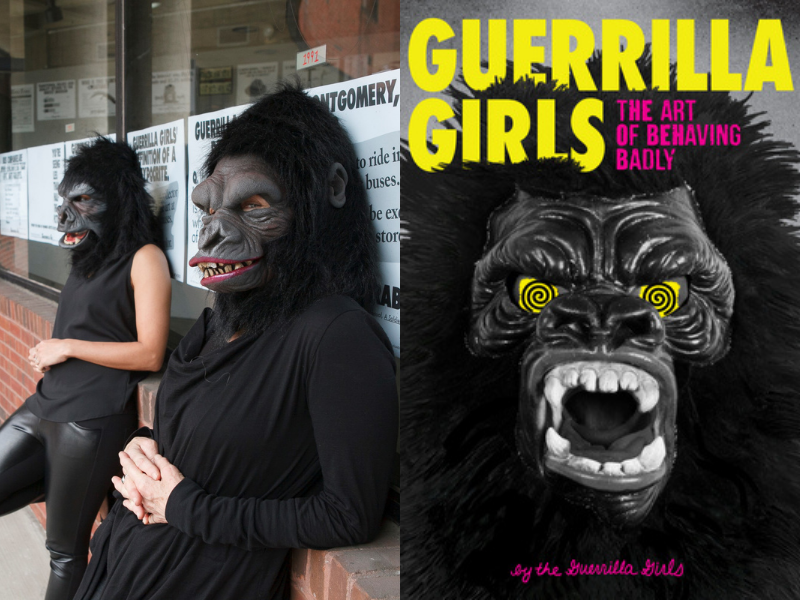 In 1985, a group of masked feminist avengers—known as the Guerrilla Girls—papered downtown Manhattan with posters calling out the Museum of Modern Art for its lack of representation of female artists. They quickly became a global phenomenon, and the fearless activists have produced hundreds of posters, stickers, and billboards ever since.

The Guerrilla Girls are anonymous artist activists who use disruptive headlines, outrageous visuals and killer statistics to expose gender and ethnic bias and corruption in art, film, politics and pop culture. They believe in an intersectional feminism that fights for human rights for all people and all genders. They undermine the idea of a mainstream narrative by revealing the understory, the subtext, the overlooked, and the downright unfair. Guerrilla Girls: The Art of Behaving Badly is the first book to document their hundreds of street projects all over the world as well as interventions and exhibitions blasting museums on their own walls for their discriminatory practices.

The Guerrilla Girls’ motto: Do one thing. If it works, do another. If it doesn’t, do another anyway. Keep chipping away. Creative complaining works!