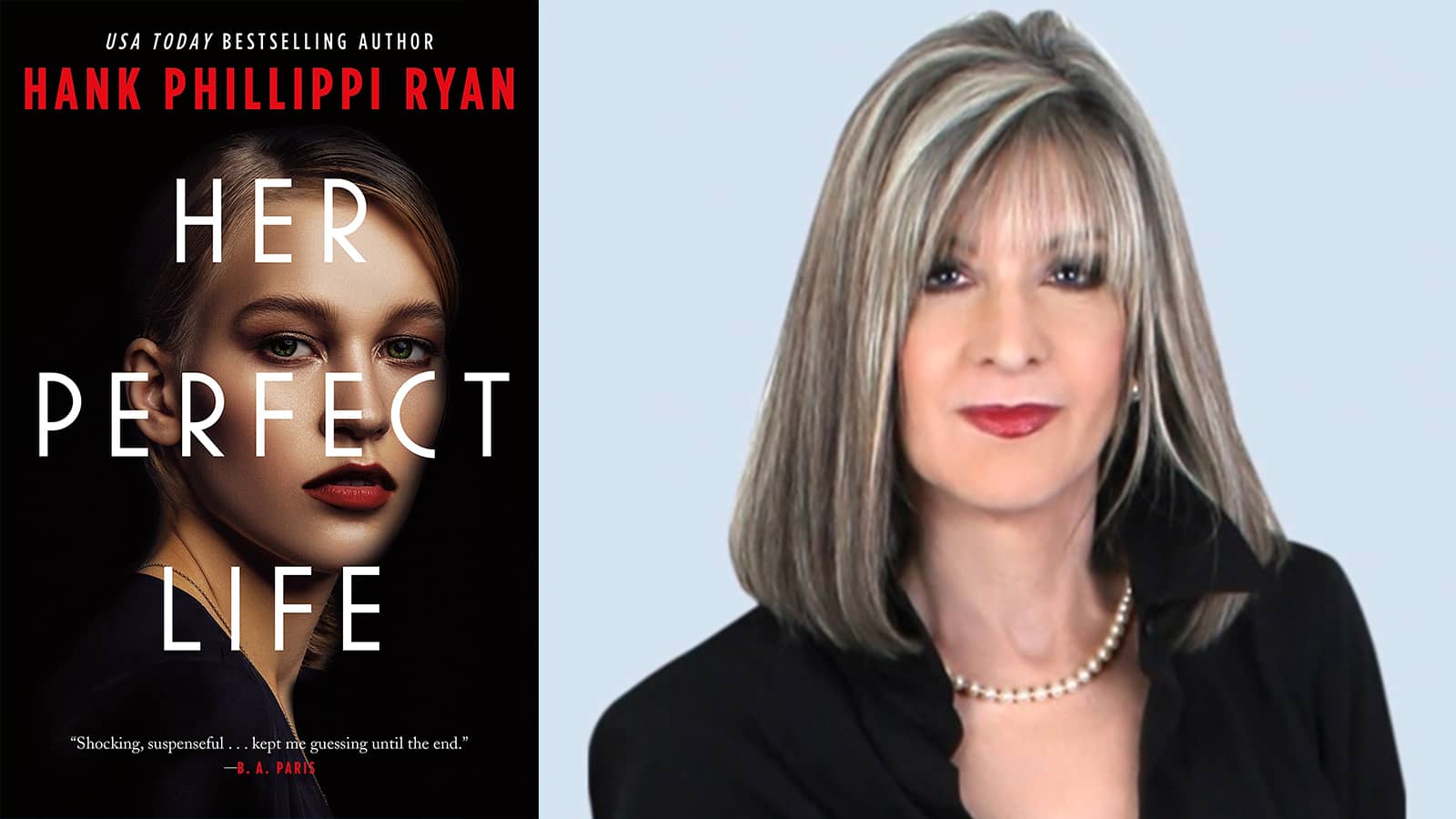 Books purchased on the registration page will be signed and personalized to you, by Hank herself!

Can't make it to the event? Not to worry! Just hit "register," select a book-inclusive ticket on the event registration page, and we'll have a copy signed and personalized to you. Choose to have it held at the store or shipped to you.

Lily has an anonymous source who feeds her story tips—but suddenly, the source begins telling Lily inside information about her own life. How does he—or she—know the truth? Lily understands that no one reveals a secret unless they have a reason. Now she’s terrified someone is determined to destroy her world—and with it, everyone and everything she holds dear.

Hank Phillippi Ryan is the USA Today bestselling author of 13 psychological thrillers, winning the genre's most prestigious awards: five Agathas, four Anthonys, and the coveted Mary Higgins Clark Award. She is also an investigative reporter for Boston's WHDH-TV, winning 37 EMMYs. Book reviewers call her “a master of suspense” and “superb and gifted storyteller.” The First to Lie garnered a Publishers Weekly starred review and is nominated for the Anthony Award for Best Novel and Mary Higgins Clark Award. Watch for Her Perfect Life on September 14, which received starred reviews from Kirkus and Publishers Weekly, which called it "A superlative thriller."

Emcee Jenna Blum is the New York Times & internationally bestselling author of Those Who Save Us, The Stormchasers, and The Lost Family. One of Oprah’s Top 30 Women Authors. CoFounder/CEO of A Mighty Blaze. New memoir Woodrow on the Bench coming 10/26!

Hannah Mary McKinnon was born in the UK, grew up in Switzerland and moved to Canada in 2010. Her suspense novels include The Neighbors and bestsellers Her Secret Son, Sister Dear, and You Will Remember. Hannah Mary lives in Oakville, Ontario, with her husband and three sons.

Joseph Finder is the New York Times bestselling, award-winning author of 16 novels, including Paranoia and High Crimes, which both became major motion pictures.

Jennifer Hillier is the author of six novels, including Jar of Hearts, which won the Thriller Award, and Little Secrets, which was a finalist for the L.A. Times Book Prize. She lives in a suburb just outside Toronto with her family.

Samantha Downing is the bestselling author of My Lovely Wife and He Started It. Her latest thriller, For Your Own Good, has been optioned by Robert Downey Jr. and Greg Berlanti for HBO Max.

Wanda M. Morris is a corporate attorney who has worked in the legal departments for several Fortune 100 companies. An accomplished presenter and leader, Morris has previously served as President of the Georgia Chapter of the Association of Corporate Counsel and is the founder of its Women's Initiative, an empowerment program for female in-house lawyers. An alumna of the Yale Writers Workshop and Robert McKee’s Story Seminar, she is a member of Sisters in Crime, Mystery Writers of America, and Crime Writers of Color. Morris is married, the mother of three, and lives in Atlanta, Georgia.