Heather O'Neill with Starlee Kine: When We Lost Our Heads

Heather O'Neill with Starlee Kine: When We Lost Our Heads 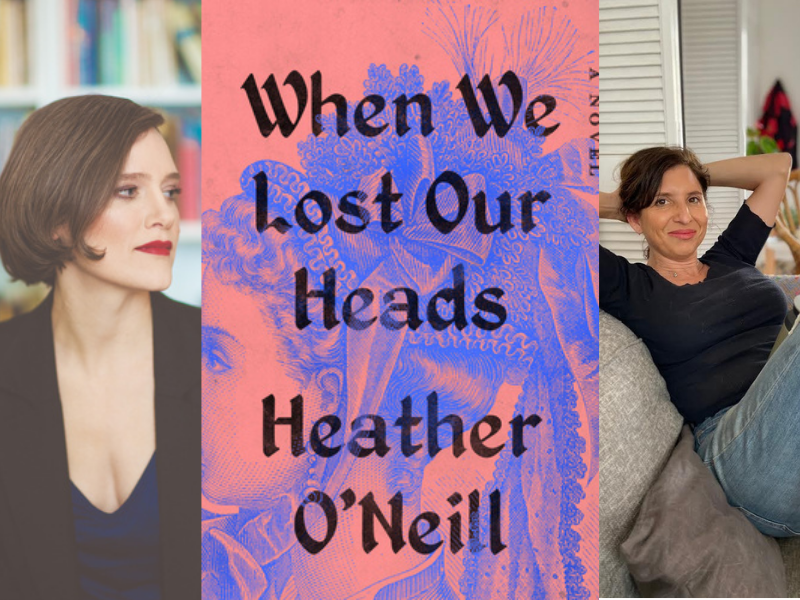 Celebrate the release of When We Lost Our Heads with author Heather O'Neill, in conversation with Starlee Kine!

This event is free, but books purchased on the registration page include signed bookplates. Thank you for supporting us!

When We Lost Our Heads

“A dazzling, delicious dream…penned with equal parts arsenic-laced icing and blood. There are marvels and dark delights on every page as O’Neill masterfully unfurls the lifelong love affair of Sadie and Marie, whose tale is illuminated by the triumphs of female desire over the crushing designs of men. The spell this novel casts is irresistible.” —Mona Awad, author of All’s Well

Charismatic Marie Antoine is the daughter of the richest man in 19th century Montreal. She has everything she wants, except for a best friend—until clever, scheming Sadie Arnett moves to the neighborhood. Immediately united by their passion and intensity, Marie and Sadie attract and repel each other in ways that thrill them both. Their games soon become tinged with risk, even violence. Forced to separate by the adults around them, they spend years engaged in acts of alternating innocence and depravity. And when a singular event brings them back together, the dizzying effects will upend the city.

Traveling from a repressive finishing school to a vibrant brothel, taking readers firsthand into the brutality of factory life and the opulent lives of Montreal’s wealthy, When We Lost Our Heads dazzlingly explores gender, sex, desire, class, and the terrifying power of the human heart when it can’t let someone go.

Heather O’Neill is a novelist, poet, short-story writer, screenwriter, and essayist. Lullabies for Little Criminals, her debut novel, was published in 2006 to international critical acclaim and was short-listed for the Orange Prize for Fiction. Born and raised in Montreal, O’Neill lives there today with her daughter.

Moderator Starlee Kine is an American public radio producer and writer. She is the creator and host of the podcast Mystery Show, which was done in production with Gimlet Media. Her other work has been featured on This American Life.