Hester Fox with Adriana Mather: A Lullaby for Witches

Hester Fox with Adriana Mather: A Lullaby for Witches 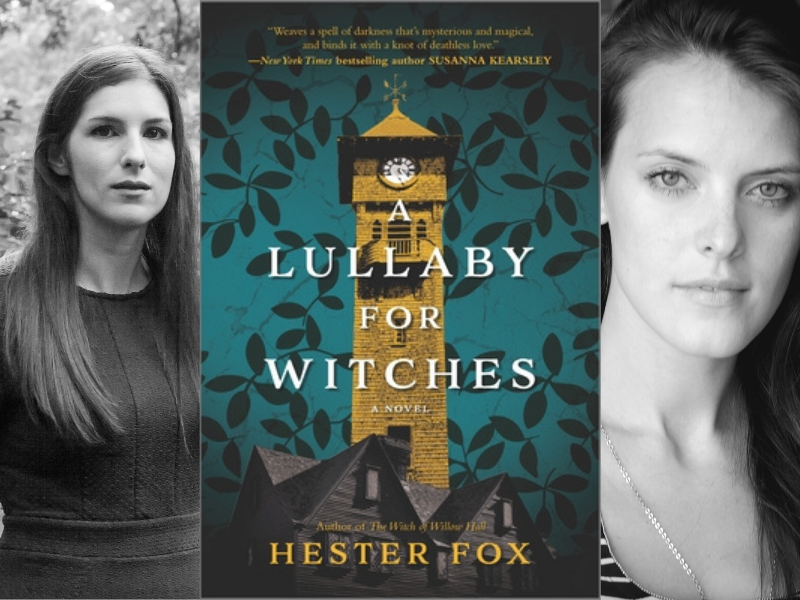 Celebrate the release of A Lullaby for Witches with author Hester Fox, in conversation with Adriana Mather!

A Lullaby for Witches

Augusta Podos has just landed her dream job, working in collections at a local museum, Harlowe House, located in the charming seaside town of Tynemouth, Massachusetts. Determined to tell the stories of the local community, she throws herself into her work—and finds an oblique mention of a mysterious woman, Margaret, who may have been part of the Harlowe family, but is reduced to a footnote. Fascinated by this strange omission, Augusta becomes obsessed with discovering who Margaret was, what happened to her, and why her family scrubbed her from historical records. But as she does, strange incidents begin plaguing Harlowe House and Augusta herself. Are they connected with Margaret? And what do they mean?

As the incidents in the present day escalate, Augusta finds herself drawn more and more deeply into Margaret's world, and a shocking revelation sheds further light on Margaret and Augusta's shared past. As Margaret's sinister purpose becomes clear, Augusta must uncover the secret of Margaret's fate before the woman who calls to her across the centuries claims Augusta's own life.

Hester Fox is a full-time writer and mother with a background in museum work and historical archaeology. A native New-Englander, she now lives in rural Virginia with her husband and their son.

In addition to her novels How to Hang a Witch and Haunting the Deep, moderator Adriana Mather is also a full-time producer and actor. She owns a production company called Zombot Pictures, which has produced the award-winning Honeyglue, among other films. She lives in Massachusetts with her family. Follow her at @AdrianaMather or @adrianamatherauthor.