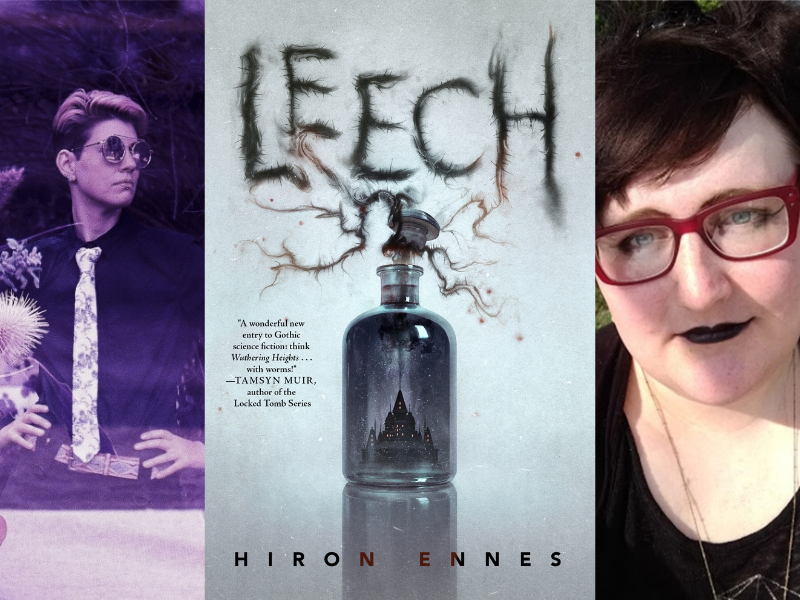 Celebrate the release of Leech with author Hiron Ennes, in conversation with Gretchen Felker-Martin!

MEET THE CURE FOR THE HUMAN DISEASE

In an isolated chateau, as far north as north goes, the baron’s doctor has died. The doctor’s replacement has a mystery to solve: discovering how the Institute lost track of one of its many bodies.

For hundreds of years the Interprovincial Medical Institute has grown by taking root in young minds and shaping them into doctors, replacing every human practitioner of medicine. The Institute is here to help humanity, to cure and to cut, to cradle and protect the species from the apocalyptic horrors their ancestors unleashed.

In the frozen north, the Institute's body will discover a competitor for its rung at the top of the evolutionary ladder. A parasite is spreading through the baron's castle, already a dark pit of secrets, lies, violence, and fear. The two will make war on the battlefield of the body. Whichever wins, humanity will lose again.

Hiron Ennes is a writer, musician, and student of medicine based in the Pacific Northwest. Their areas of interest include infectious disease, pathology, and anticapitalist healthcare reform. When they're not hunched over a microscope or Word document they can be found playing in the snow or playing the harp (though usually not at the same time). They're queer in every sense of the word, and they really want to pet your dog.

Moderator Gretchen Felker-Martin is a Massachusetts-based horror author and film critic. You can follow her work on Twitter @scumbelievable and read her fiction and film criticism on Patreon and at Nylon, The Outline, Fanbyte, and more.