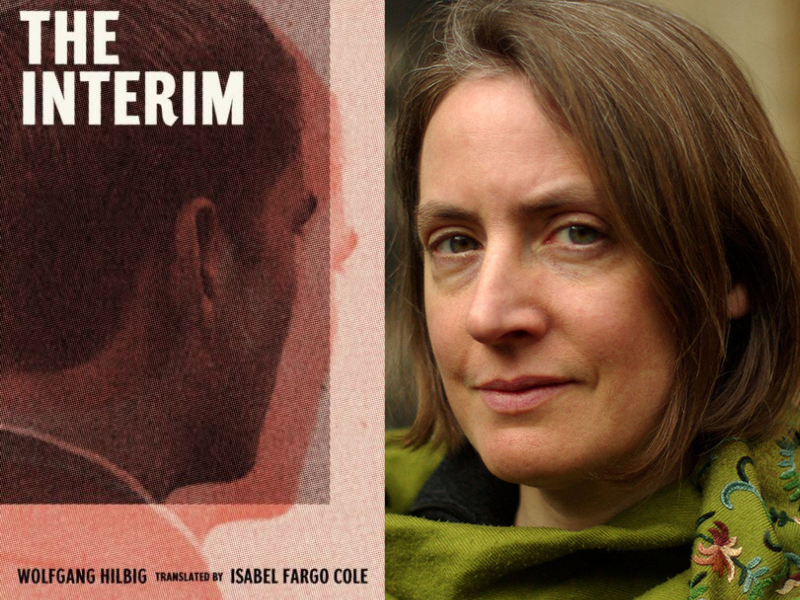 Join the Transnational Literature Series at Brookline Booksmith and Third Place Books for a virtual event with translator Isabel Fargo Cole to discuss and celebrate the release of The Interim by Wolfgang Hilbig with writer Hari Kunzru and literary critic Dustin Illingworth.

C. is a wretched grump, an anguished patron of bars, brothels, and train stations. He is also an acclaimed East German writer. Dogged by writer’s block, remorse, and national guilt in the years before the fall of the Berlin Wall, he leaves the monochromatic existence of the GDR for the neon excess of the West. There at least the novelty of his origins grant him easy money and minor celebrity, if also a deflating sense of complacency. With his visa expired and several relationships hanging in the balance, C. travels back and forth, mentally and physically, between two Germanys, contemplating diverging visions of the world and what they mean for people like him: alienated and aimless witnesses to history.

This monumental novel from one of the greatest chroniclers of postwar Germany, masterfully translated by Isabel Fargo Cole, interrogates with bitter wit and singular brilliance the detritus of twentieth-century life: addiction, consumerism, God, pay-per-view pornography, selfishness, and statelessness.

Isabel Fargo Cole is a U.S.-born, Berlin-based writer and translator. Her translations include five books of Wolfgang Hilbig’s, including Old Rendering Plant, for which she received the Helen and Kurt Wolff Translator’s Prize. She has also been the recipient of a prestigious PEN/Heim Translation Grant, and her novel Die grüne Grenze was a finalist for the 2018 Preis der Leipziger Buchmesse.

Born in London, Hari Kunzru is the author of the novels Red Pill, The Impressionist, Transmission, My Revolutions, Gods Without Men, and White Tears, as well as a short story collection, Noise, and a novella, Memory Palace. He is an honorary fellow of Wadham College Oxford, and has received fellowships from the Cullman Center at the New York Public Library, the Guggenheim Foundation, and the American Academy in Berlin.

About Our Bookstore Partner