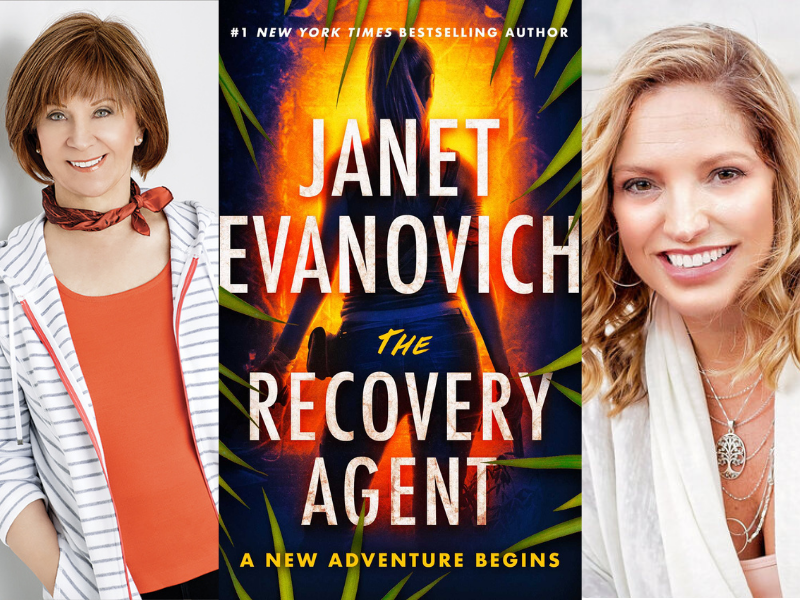 Celebrate the release of The Recovery Agent with author Janet Evanovich, in conversation with Elle Cosimano!

Books purchased on the registration page will be signed by the author.

Lost something? Gabriela Rose knows how to get it back. As a recovery agent, she’s hired by individuals and companies seeking lost treasures, stolen heirlooms, or missing assets of any kind. She’s reliable, cool under pressure, and well trained in weapons of all types. But Gabriela’s latest job isn’t for some bamboozled billionaire, it’s for her own family, whose home is going to be wiped off the map if they can’t come up with a lot of money fast.

Inspired by an old family legend, Gabriela sets off for the jungles of Peru in pursuit of the Ring of Solomon and the lost treasure of Lima. But this particular job comes with a huge problem attached to it—Gabriela’s ex-husband, Rafer. It’s Rafer who has the map that possibly points the way to the treasure, and he’s not about to let Gabriela find it without him.

Rafer is as relaxed as Gabriela is driven, and he has a lifetime’s experience getting under his ex-wife’s skin. But when they aren’t bickering about old times the two make a formidable team, and it’s going to take a team to defeat the vicious drug lord who has also been searching for the fabled ring. A drug lord who doesn’t mind leaving a large body count behind him to get it.

The Recovery Agent marks the start of an irresistible new series that will have you clamoring for more and cheering for the unstoppable Gabriela Rose on every page.

Moderator Elle Cosimano is a USA Today bestselling author, an International Thriller Award winner, and an Edgar® Award nominee. Elle’s debut novel for adults, Finlay Donovan Is Killing It, kicked off a witty, fast-paced contemporary mystery series, which was a PEOPLE Magazine Pick and was named one of New York Public Library's Best Books of 2021. In addition to writing novels for teens and adults, her essays have appeared in The Huffington Post and TIME. Cosimano lives with her husband and two sons in Virginia.