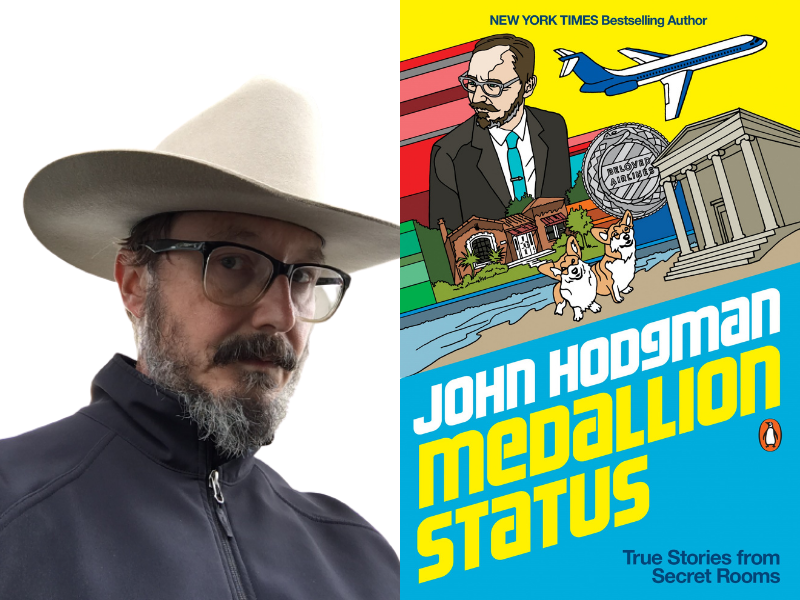 On October 16, we’re welcoming back one of our best loved, most familiar faces. John Hodgman, author, actor, podcaster, and semi-real judge, is coming back to Brookline--or at least, he’s appearing on screen with Aimee Mann, a Grammy winning and Academy Award nominated singer-songwriter who makes us all feel a little smarter and a little cooler and a little more morose.

John Hodgman is a writer, comedian, and actor. He’s written three books of fake facts (all bestsellers), two (factually and emotionally) true and funny books called Vacationland and Medallion Status, and many other short works. He has appeared on The Daily Show as a regular contributor, and he has been very famous as the human PC in the Mac vs. PC ads that started running in 2006.

Since then he’s appeared recurrently on several TV shows, done sell-out comedy shows throughout the US and Canada, and hosted over 460 episodes of Judge John Hodgman, the podcast that settles serious disputes between real people, such as “Is a hot dog a sandwich?” and “Should we tell our children the TRUTH about Santa Claus?” He contributes a weekly column under the same name for The New York Times Magazine.