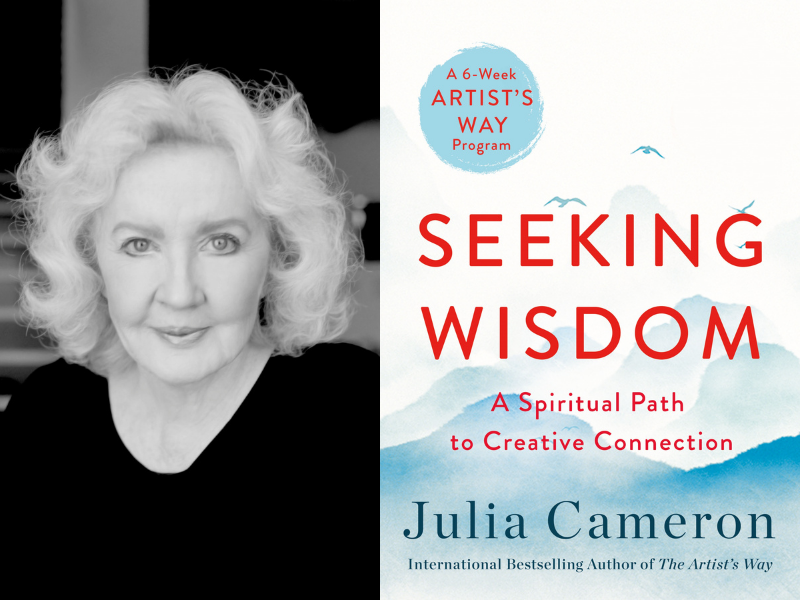 Celebrate the release of Seeking Wisdom with author Julia Cameron, in conversation with Joel Fotinos.

Author Julia Cameron changed the way the world thinks about creativity when she first published The Artist’s Way: A Spiritual Path to Higher Creativity thirty years ago. Over five million copies later, Cameron now turns her attention to creative prayer, which she believes is a key facet of the creative life. In Seeking Wisdom, a 6 Week Artist’s Way Program, readers, too, will learn to pray.

Tracing her own creative journey, Cameron reveals that prayer led her forward at a time of personal crisis. Unexpectedly, prayer became an indispensable support to her artistic life. The tools she created to save herself in her darkest hour became the tools she would share with the world through The Artist's Way. Seeking Wisdom details the origin of these tools, and by Cameron's example, the central role that prayer plays in sustaining a life as an artist.

In this volume, Cameron shares a mindful collection of prayer practices that open our creative souls. This path takes us beyond traditional religious rituals, welcoming readers regardless of their beliefs and backgrounds. Seeking Wisdom issues an invitation to step further into exciting creative practice.

Hailed by the New York Times as “The Queen of Change,” Julia Cameron is credited with starting a movement in 1992 that has brought creativity into the mainstream conversation—in the arts, in business, and in everyday life. She is the best-selling author of more than forty books, fiction and nonfiction; a poet, songwriter, filmmaker and playwright. Commonly referred to as “The Godmother” or “High Priestess” of creativity, her tools are based in practice, not theory, and she considers herself “the floor sample of her own toolkit.” The Artist’s Way has been translated into forty languages and sold over five million copies to date.