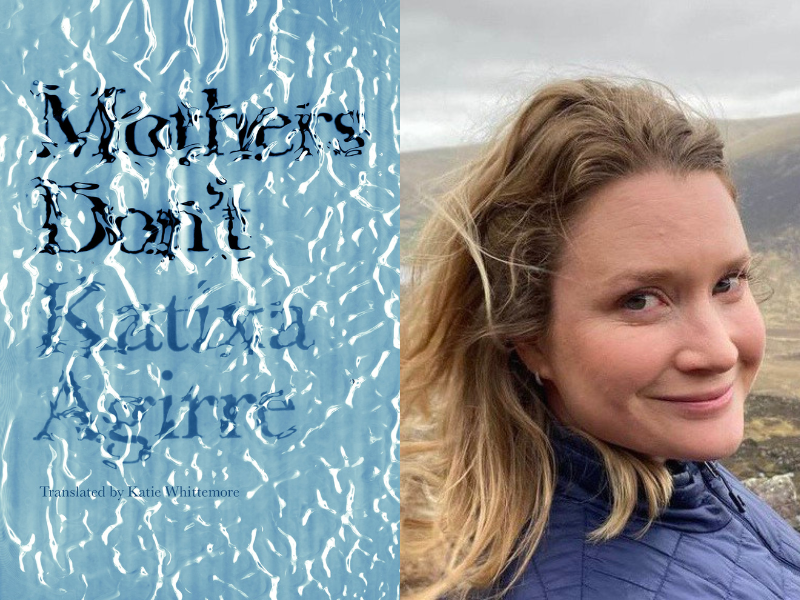 August is Women in Translation Month! Join the Transnational Literature Series at Brookline Booksmith, Brazos Bookstore in Houston, Community Bookstore in Brooklyn, and Third Place Books in Seattle for a virtual event with translator Katie Whittemore to celebrate the premier of Open Letter's Translator Triptych series. She will be in conversation with writers Mark Haber, Lynn Steger Strong, and Azareen Van Der Vliet Oloomi. ​

This summer Open Letter Books launched a new program designed to honor and empower literary translators by emphasizing their role in the discovery, curation, and promotion of international literature. Starting from the idea of the “translator as curator,” every year a different renowned literary translator will select three titles to be published in the same month by Open Letter Books and promoted as an intellectual bundle. This year's triptych curated by Katie Whittemore features works by three important, contemporary women writers from Spain: Wolfskin by Lara Moreno, Mothers Don't by Katixa Agirre, and Bad Handwriting by Sara Mesa.

Sofía is thirty-five and her husband has left her. Her father died the year before, and her mother is living in the Canary Islands with a new partner. Sofía flees the city with her young son, seeking refuge in her father’s house on the southern coast of Spain, where she spent summers as a girl. Her younger sister, with whom she has a close but uneasy relationship, joins her. Living together again, the sisters face their present as well as their childhood and tangled past. Wolfskin is an intimate meditation on ambivalence and motherhood, eroticism and disappointment, family violence and failure, and ultimately, the possibility—or impossibility—of living with those you love.

Mothers don’t write. Mothers give life. How could a woman be capable of neglecting her children? How could she kill them? Is motherhood a prison? Complete with elements of a traditional thriller, this a groundbreaking novel in which the chronicle and the essay converge. Katixa Agirre reflects on the relationship between motherhood and creativity, in dialogue with writers such as Sylvia Plath and Doris Lessing. Mothers Don’t plumbs the depths of childhood and the lack of protection children face before the law. The result is a disturbing, original novel in which the author does not offer answers, but plants contradictions and discoveries.

From the author of the highly acclaimed Four by Four and Among the Hedges comes a collection of unsettling, captivating stories. The eleven stories in Bad Handwriting approach themes of childhood and adolescence, guilt and redemption, power and freedom. There are children who resist authority and experience the process of growing up with shock, and loneliness; alienated young girls whose rebellion lies under the surface—subterranean, furious and impotent; people who are tormented—or not—by regret and doubt; lives that hide crimes—both real and imagined. Eschewing cosmopolitanism in favor of the micro-world of her characters, Mesa depicts a reality that is messy and disturbing, on even the smallest scale of an individual life, a single family.

Mark Haber is the author of the 2008 story collection Deathbed Conversions and the novel Reinhardt’s Garden, longlisted for the 2020 PEN/Hemingway Award. His second novel, Saint Sebastian's Abyss, was published in 2022. He is the operations manager at Brazos Bookstore in Houston, Texas. His nonfiction has appeared in the Rumpus, Music & Literature, and LitHub. His fiction has appeared in Southwest Review and Air/Light.

Lynn Steger Strong is the author of the novels Hold Still, Want, and Flight. Her non-fiction has appeared in The New York Times, Los Angeles Times, New York, The Paris Review, Time, and elsewhere. She has taught writing at The Pratt Institute, Fairfield University, Catapult, and Columbia University and will be the Visiting Fiction Writer at Bates College for the 2022-2023 school year. She was born and raised in South Florida.

Azareen Van Der Vliet Oloomi is the author of the novels Savage Tongues and Call Me Zebra which won the PEN/Faulkner Award for Fiction, the John Gardner Award, was long listed for the PEN Open Book Award, A Publisher’s Weekly Bestseller and named a Best Book by over twenty publications. It has been translated into Italian, Japanese, Chinese, Turkish and Romanian. She received a 2015 Whiting Writers' Award and was a National Book Foundation "5 Under 35" honoree for her debut novel, Fra Keeler. Her work has been supported by a Fulbright Fellowship, a MacDowell Fellowship and a Fellowship from Art OMI and has appeared in The Paris Review, GRANTA, Guernica, BOMB,  and the Los Angeles Review of Books among others.  She is Iranian-American and has lived in Catalonia, Italy, Iran and the United Arab Emirates.