Laura Sebastian with Dana Schwartz: Castles in Their Bones

Laura Sebastian with Dana Schwartz: Castles in Their Bones 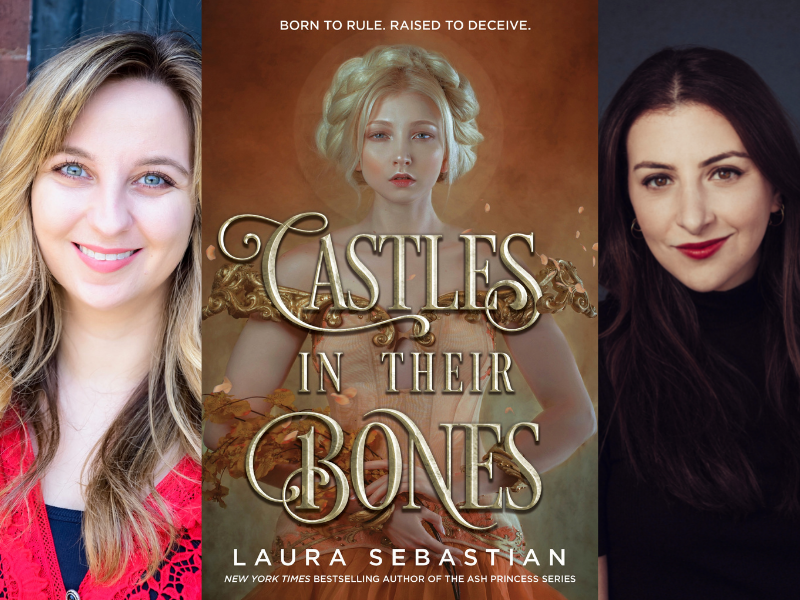 Celebrate the release of Castles in Their Bones with author Laura Sebastian, in conversation with Dana Schwartz, author of Anatomy: A Love Story.

Castles in Their Bones

A spellbinding story of three princesses and the destiny they were born for: seduction, conquest, and the crown. Immerse yourself in the first book in a new fantasy trilogy from the author of the New York Times bestselling Ash Princess series.

Empress Margaraux has had plans for her daughters since the day they were born. Princesses Sophronia, Daphne, and Beatriz will be queens. And now, age sixteen, they each must leave their homeland and marry their princes.

Beautiful, smart, and demure, the triplets appear to be the perfect brides—because Margaraux knows there is one common truth: everyone underestimates a girl. Which is a grave mistake. Sophronia, Daphne, and Beatriz are no innocents. They have been trained since birth in the arts of deception, seduction, and violence with a singular goal—to bring down monarchies— and their marriages are merely the first stage of their mother’s grand vision: to one day reign over the entire continent of Vesteria.

The princesses have spent their lives preparing, and now they are ready, each with her own secret skill, and each with a single wish, pulled from the stars. Only, the stars have their own plans—and their mother hasn’t told them all of hers.

Life abroad is a test. Will their loyalties stay true? Or will they learn that they can’t trust anyone—not even each other?

Laura Sebastian grew up in South Florida and attended Savannah College of Art and Design. She now lives and writes in London, England, with her two dogs, Neville and Circe. Laura is the author of the New York Times bestselling Ash Princess series: Ash Princess, Lady Smoke, and Ember Queen, as well as Half Sick of Shadows, her ﬁrst novel for adults. To learn more about Laura and her books, follow @sebastian_lk on Twitter.

Dana Schwartz is a television writer and the creator of the number-one charting history podcast Noble Blood. As a journalist and critic, Dana has written for Entertainment Weekly, Marie Claire, Glamour, GQ, Cosmopolitan, Vanity Fair and more. She lives in Los Angeles with her fiancé, and their cats Eddie and Beetlejuice. Her books include Choose Your Own Disaster, The White Man's Guide to White Male Writers of the Western Canon, and Anatomy: A Love Story.