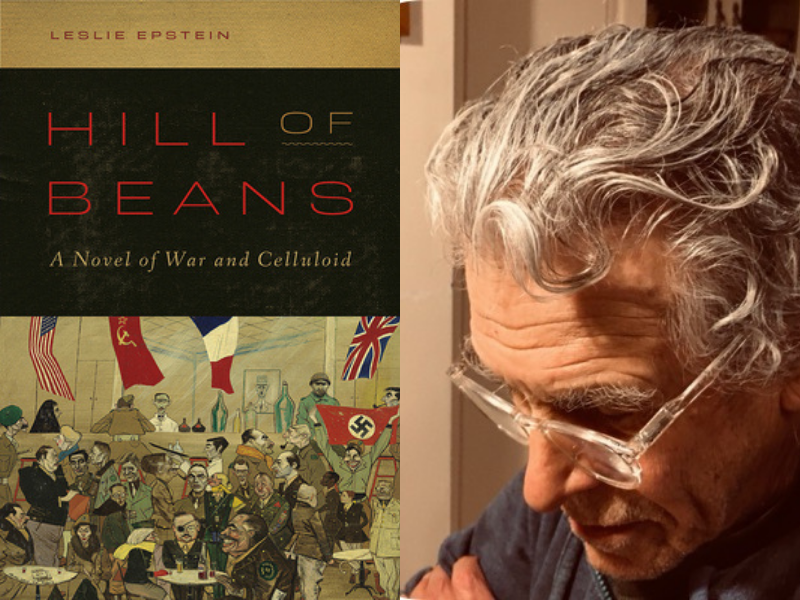 Leslie Epstein--the son and nephew of Philip and Julius Epstein, the screenwriters of Casablanca--celebrates the release of the novel he was born to write.

Famously, Casablanca opens with these words: With the coming of the Second World War, many eyes in imprisoned Europe turned hopefully, or desperately, toward the freedom of the Americas.

Leslie Epstein's Hill of Beans is the story of how one nation, one industry, and, in particular, one man responded to that desperate hope. Jack Warner's impossible goal is to make world events--especially the invasion of North Africa by British and American forces in 1942--coincide with the release of his new film about a group of refugees marooned in Morocco.

Arrayed against him are Stalin and Hitler, as well as Josef Goebbels, Franklin Roosevelt, a powerful gossip columnist, and --above all--a beautiful young woman with a terrible secret. His only weapons are his hutzpah and his heroism as he struggles to bring cinema and city, conflict, and conference together in an epic command performance.

Leslie Epstein is an award-winning author who has written eleven other books of fiction, including the celebrated novels San Remo Drive and King of the Jews. He teaches at Boston University, where he directed the Creative Writing Program for thirty-six years.

A.S. Hamrah is a writer living in Brooklyn. Currently the film critic for The Baffler, he contributed a column on film to n+1 from 2008 to 2019, and his essays and reviews have appeared in Harper’s, Bookforum, Cineaste, and other publications. A collection of his work, The Earth Dies Streaming: Film Writing, 2002–2018, is published by n+1 Books.