Lisa Stringfellow with Tui T. Sutherland: A Comb of Wishes

Lisa Stringfellow with Tui T. Sutherland: A Comb of Wishes 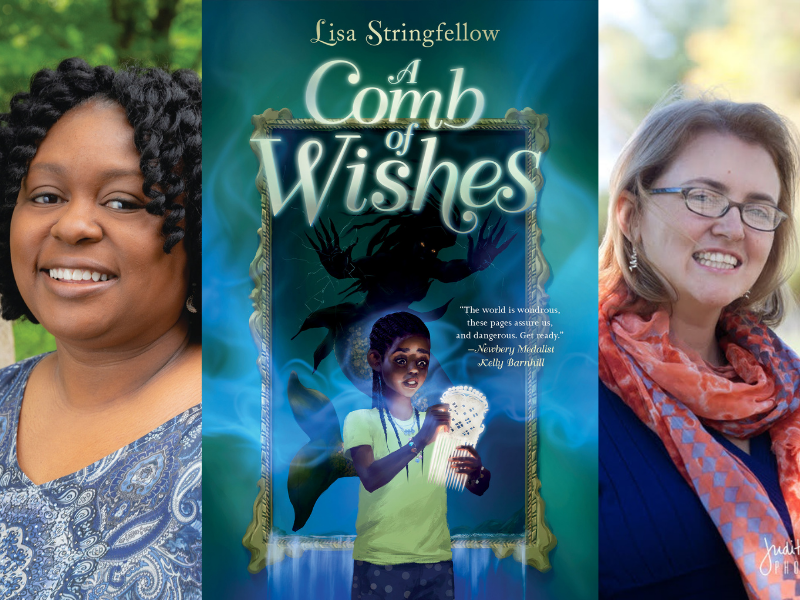 Celebrate the release of A Comb of Wishes with author Lisa Stringfellow, in conversation with Wings of Fire author Tui T. Sutherland!

Books purchased on the registration page will be signed and personalized by the author!

A Comb of Wishes

Ever since her mother’s death, Kela feels every bit as broken as the shards of glass, known as “mermaid’s tears,” that sparkle on the Caribbean beaches of St. Rita. So when Kela and her friend Lissy stumble across an ancient-looking comb in a coral cave, with all she’s already lost, Kela can’t help but bring home her very own found treasure.

Far away, deep in the cold ocean, the mermaid Ophidia can feel that her comb has been taken. And despite her hatred of all humans, her magic requires that she make a bargain: the comb in exchange for a wish. But what Kela wants most is for her mother to be alive. And a wish that big will exact an even bigger price…

Lisa Stringfellow writes middle grade fiction and has a not-so-secret fondness for fantasy with a dark twist. Growing up, she was a voracious reader, and books took her to places where her imagination could thrive. She writes for her twelve-year-old self, the kid waiting to be the brown-skinned hero of an adventure, off saving the world. Lisa’s work often reflects her West Indian and Black southern heritage. She received the inaugural Kweli Color of Children’s Literature Manuscript Award in 2019 for an earlier draft of A Comb of Wishes. Lisa is a middle-school teacher and lives in Boston, Massachusetts, with her children and two bossy cats.

Moderator Tui T. Sutherland is the author of the New York Times and USA Today bestselling Wings of Fire series, the Menagerie trilogy, and the Pet Trouble series, as well as a contributing author to the bestselling Spirit Animals and Seekers series (as part of the Erin Hunter team). In 2009, she was a two-day champion on Jeopardy! She lives in Massachusetts with her wonderful husband, two awesome sons, and two very patient dogs. To learn more about Tui's books, visit her online at tuibooks.com.