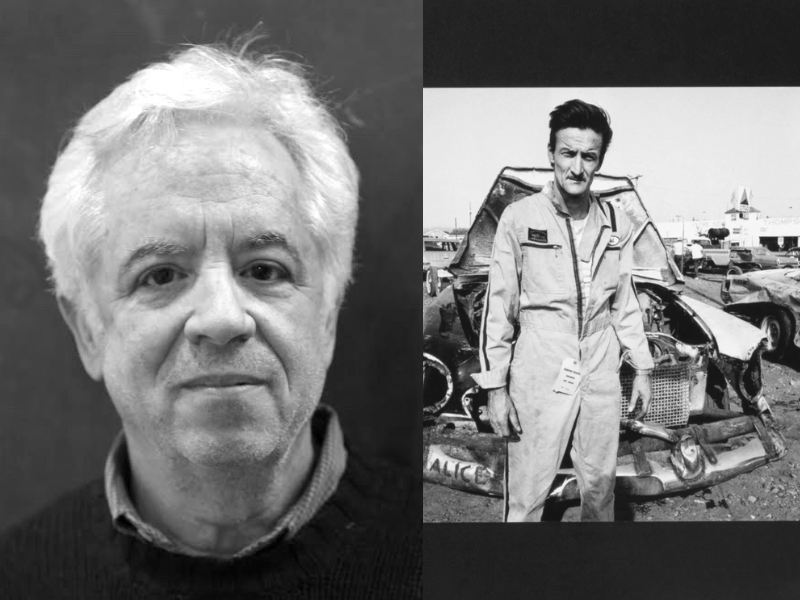 In person at Brookline Booksmith! Celebrate the release of Speedway 1972 with photographer Henry Horenstein, in conversation with Car Talk's Ray Magliozzi.

"As I started to look at the photos I recognized most of the cars and I began to marvel at the skills of some of these drivers and their teams for keeping these heaps going. They must have been geniuses... As I looked over the photos for a second time I noticed that for a book about stock car racing there are more pictures of the people than their cars and this is something else that Henry and I share. On Car Talk we used the cars as an excuse to talk to people and get to know them and their stories." -- Ray Magliozzi

While at grad school in the early 1970’s Henry Horenstein would attend Speedway races in New England to see his brother-in-law compete. In front of his camera the drivers would fly around the track in beat-up cars customised for racing at breakneck speeds in the hopes of small town glory.

Horenstein's joyful images present us with a slice now of what the world of motor racing looked like then, before racing became big business, as it slowly morphed into NASCAR--the world's fastest growing sport.

“I was still in grad school and I was looking for subjects. There had to be good pictures there for a wanna-be historian-with-a-camera. What better than an old-school sport that would certainly be extinct one day? I’m still waiting. My brother-in-law Paul raced stock cars—old. Paul’s cousin Dickie Simmonds owned the local Gulf station and modified the junkers that Paul drove at places like the Seekonk Speedway (Seekonk, MA) and the Thompson Speedway (Thompson, CT). Paul and Dickie had friends in low places.” -- Henry Horenstein

Henry Horenstein has been a professional photographer, filmmaker, teacher, and author since the 1970s. He studied history at the University of Chicago and earned his BFA and MFA at Rhode Island School of Design (RISD), where he studied with legends Harry Callahan and Aaron Siskind. Henry's work is collected and exhibited internationally and he has published over 30 books, including several monographs of his own work such as Honky Tonk, Histories, Show, Animalia, Humans, Racing Days, Close Relations, and many others. His next monograph, Speedway 1972, which features photographs made 50 years ago, will be published in 2022. He has also authored Black & White Photography, Digital Photography, and Beyond Basic Photography, used by hundreds of thousands of college, university, high school, and art school students as their introduction to photography. His Shoot What You Love serves both as a memoir and a personal history of photography over the past 50 years. In recent years, Henry has been making films: Preacher, Murray, Spoke, Partners, and Blitto Underground, which premiered in 2021. He is currently in production on Where Everybody Is Somebody, a film about Cajun Louisiana. Henry is professor of photography at RISD and lives in Boston.