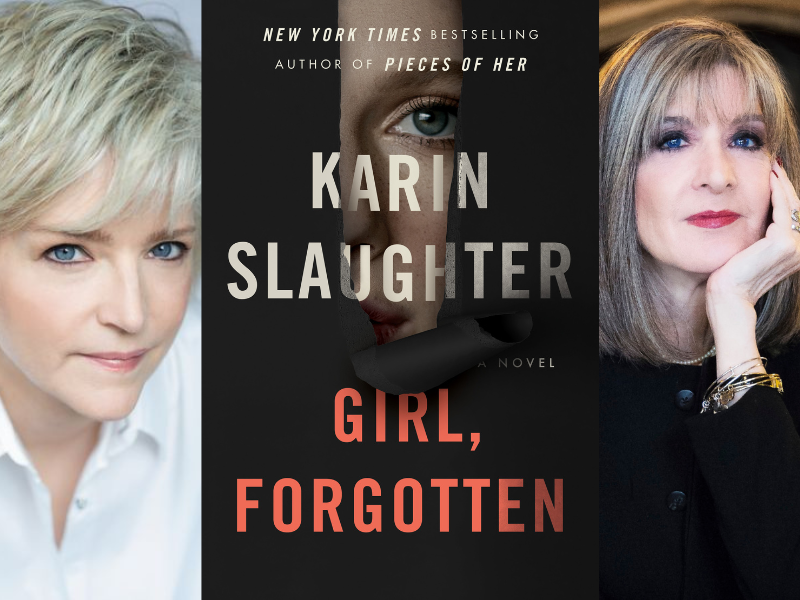 Live and in person with Brookline Booksmith, at Coolidge Corner Theatre! Celebrate the release of Girl, Forgotten with Karin Slaughter, in conversation with Hank Phillippi Ryan.

Ticket holders will receive email updates with important details about the program, including safety requirements, cancellations, and book signing updates.

Your ticket includes a pre-signed copy of the book. This event does not include a live signing or meet and greet.

Can't make it to the event? We can ship you a signed copy of Girl, Forgotten! Pick "RESERVE A BOOK (priority mail)" for this option.

Regardless of local mandates at the time of the event, masks will be required at the theater for this event.

“It’s Slaughter’s prodigious gifts of characterization that make her stand out among thriller writers.” — Washington Post

From the New York Times bestselling author of Pieces of Her comes an electrifying thriller featuring newly minted US Marshal Andrea Oliver as she investigates a cold case with links to her father’s past.

A girl with a secret…

Longbill Beach, 1982. Emily Vaughn gets ready for the prom. For an athlete, who is smart, pretty and well-liked, this night should be the highlight of her high school career. But Emily has a secret. And by the end of the evening, that secret will be silenced forever.

Forty years later, Emily’s murder remains a mystery. Her tight-knit group of friends closed ranks; her respected, wealthy family retreated inwards; the small town moved on from her grisly attack. But all that’s about to change.

One final chance to uncover a killer…

US Marshal Andrea Oliver arrives in Longbill Beach on her first assignment: to protect a judge receiving death threats. But, in reality, Andrea is there to find justice for Emily. The killer is still out there – and Andrea must discover the truth before she gets silenced, too…

Karin Slaughter is the author of more than twenty instant New York Times bestselling novels, including the Edgar–nominated Cop Town and standalone novels Pretty Girls, The Good Daughter, and Pieces of Her. She is published in 120 countries with more than 40 million copies sold across the globe. Pieces of Her is a Netflix original series starring Toni Collette, and False Witness, the Grant County, and the Will Trent series are in development for television. Slaughter is the founder of the Save the Libraries project—a nonprofit organization established to support libraries and library programming. A native of Georgia, she lives in Atlanta.

Moderator Hank Phillippi Ryan is the USA Today bestselling and five-time Agatha Award-winning author of 13 thrillers, winning 37 EMMYs for investigative reporting in Boston. Her newest thriller is Her Perfect Life, garnering starred reviews from Kirkus and Publishers Weekly, which called it “superlative.” It is now an Agatha Award nominee.