Madhav Misra: Labyrinth of the Wind

Madhav Misra: Labyrinth of the Wind 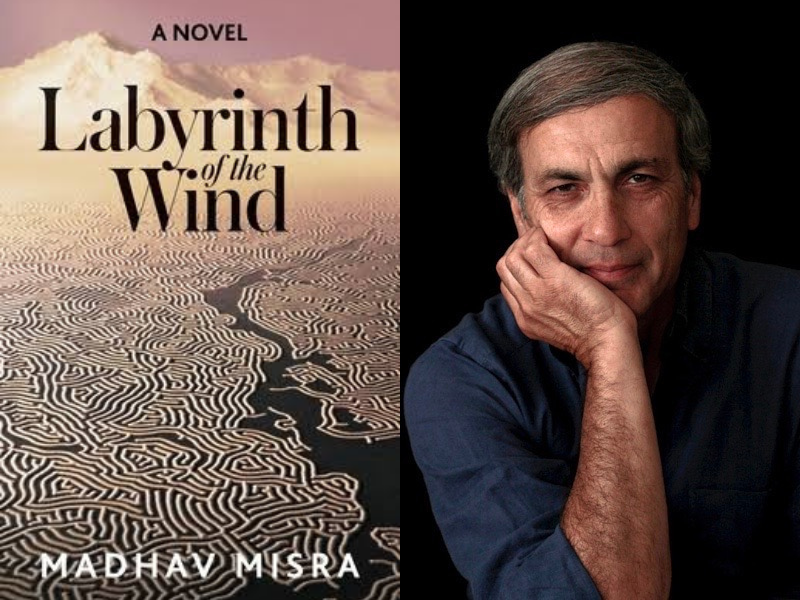 We welcome Madhav Misra to our virtual series to discuss his new novel.

More About the Book

As the chief financial officer of Iran Power, Indian expat Ayan Pathak enjoys the finer things in life—high-end clubs, skiing in the sacred and dramatic Alborz mountains, and languid weekends on the Caspian Sea with his beautiful girlfriend, an airline pilot who sympathizes with radical leftists in her native Germany. The year is 1977, a time just before the Iranian Revolution, which saw the overthrow of Iran’s pro-Western monarchy in favor of an Islamic theocracy led by Ayatollah Khomeini.

One evening, Ayan is approached by the CEO of his company, who pressures him to help smuggle uranium for a secret Iranian nuclear weapons program.

From there, Ayan faces difficult decisions. Should he cooperate with his boss—in exchange for riches beyond his imagination? Or should he refuse and risk everything, including his life? Despite his better intentions, Ayan is sucked into the quicksand of love, lies, political intrigue, and deadly consequences. Can he be saved before it’s too late?

Labyrinth of the Wind: A Novel of Love and Nuclear Secrets is a suspenseful work of historical fiction, set in Tehran, Delhi, and several European hotspots. The novel focuses on love and consequences at a time of political upheaval, when the author lived and worked in Iran. Declassified documents confirm the Iranian government’s efforts at this time to procure uranium. The author was evacuated from Tehran on Christmas Day 1978, shortly before the fall of the Pahlavi dynasty.

Madhav Misra was educated at St. Stephen’s College, Delhi, and Columbia University, New York. He has lived and worked in London, Tehran, New York City and San Francisco. His wife and he now divide their time between California, Hawaii and the Himalayan foothills. Labyrinth of the Wind is his debut novel.