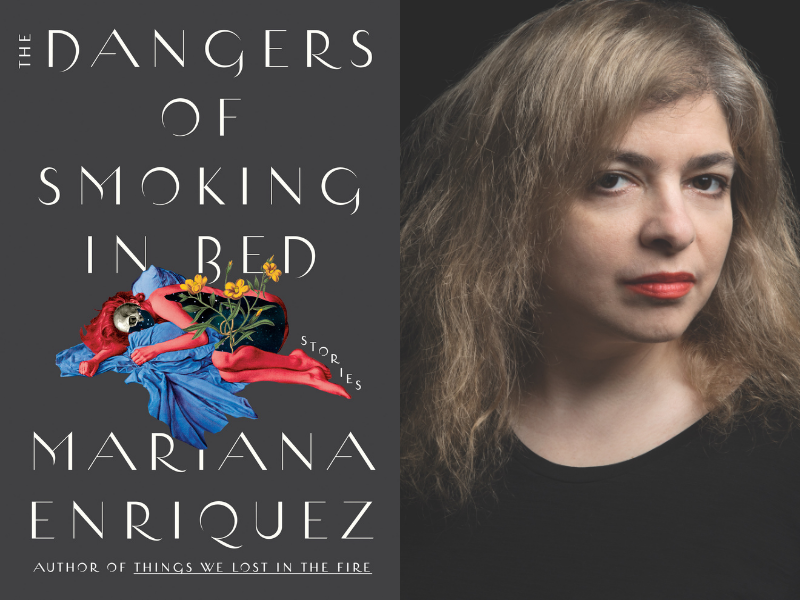 Join us for an evening of conversation with author Mariana Enriquez, translator Megan McDowell, and writer Nina MacLaughlin to celebrate the release of The Dangers of Smoking in Bed.

Mariana Enriquez is a writer and editor based in Buenos Aires, where she contributes to a number of newspapers and literary journals, both fiction and nonfiction. She is the author of the collection Things We Lost in The Fire and most recently, The Dangers of Smoking in Bed.

Megan McDowell has translated many of the most important Latin American writers working today, including Samanta Schweblin, Alejandro Zambra, Mariana Enriquez, and Lina Meruane. Her translations have won the English PEN award and the Premio Valle-Inclán, and been nominated three times for the International Booker Prize. Her short story translations have been featured in The New Yorker, The Paris Review, Tin House, McSweeney’s, and Granta, among many others. In 2020 she won an Award in Literature from the American Academy of Arts and Letters. She is from Kentucky and lives in Santiago, Chile.

Moderator Nina MacLaughlin is the author of Wake Siren: Ovid Resung and the acclaimed memoir Hammer Head and most recently Summer Solstice: An Essay. Formerly an editor at The Boston Phoenix, she worked for nine years as a carpenter, and is now a books columnist for The Boston Globe.