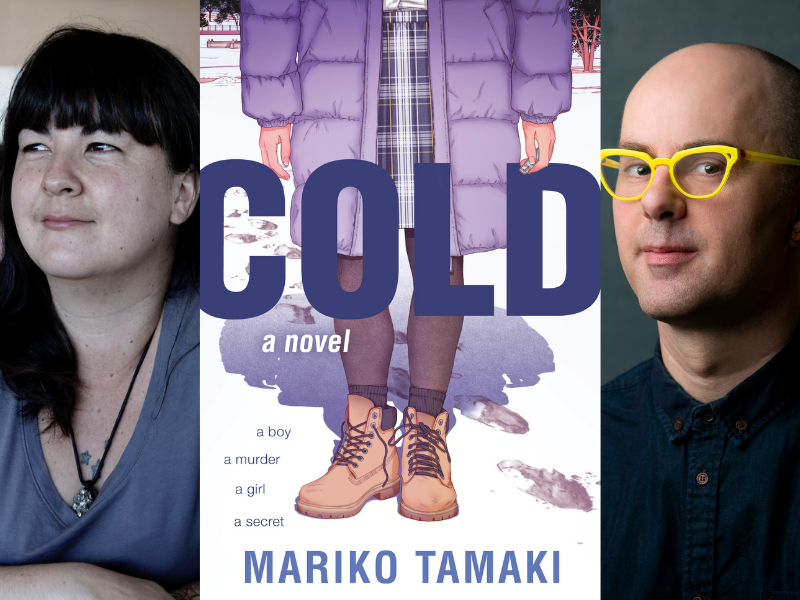 Celebrate the release of Cold with author Mariko Tamaki, in conversation with Michael V. Smith!

Books purchased on the registration page include a signed bookplate!

From award-winning author Mariko Tamaki comes Cold, a haunting YA novel about a shocking crime, told by the boy who died and the girl who wants to know why.

Who was Todd Mayer, and why don't any of his fellow students at Albright Academy seem to know, or want to say, anything about him?

Todd Mayer is dead. Now a ghost, hovering over his body, recently discovered in a snow covered park, naked and frozen. As detectives investigate Todd's homicide, talking to the very people linked to the events leading to his death, Todd replays the choice that led him to his end.

Georgia didn't know Todd. But ever since she heard about his death, she can’t stop thinking about him. Maybe because they’re both outcasts at their school, or because they’re both queer. Maybe because the story of Todd people keep telling feels like a lot of fake stories Georgia has heard people tell. Plus Georgia has a feeling she’s seen Todd somewhere before, somewhere he wasn’t supposed to be.

Mariko Tamaki is a New York Times bestselling Canadian writer of comics and prose. She is the co-creator of This One Summer, with Jillian Tamaki, and Laura Dean Keeps Breaking Up With Me, with Rosemary Valero-O'Connell, both of which received Eisner Awards and Printz Honors. She also writes superhero stories Marvel and DC Comics. Mariko lives in Oakland.

Michael V. Smith is a writer, filmmaker, and performer, with some dabbling in live oral history projects. As a professor, Smith teaches Creative Writing, performance, and writing with media, at the University of British Columbia, Okanagan campus. Find out more at www.michaelvsmith.com.