Martha Waters with Evie Dunmore: To Love and to Loathe

Martha Waters with Evie Dunmore: To Love and to Loathe 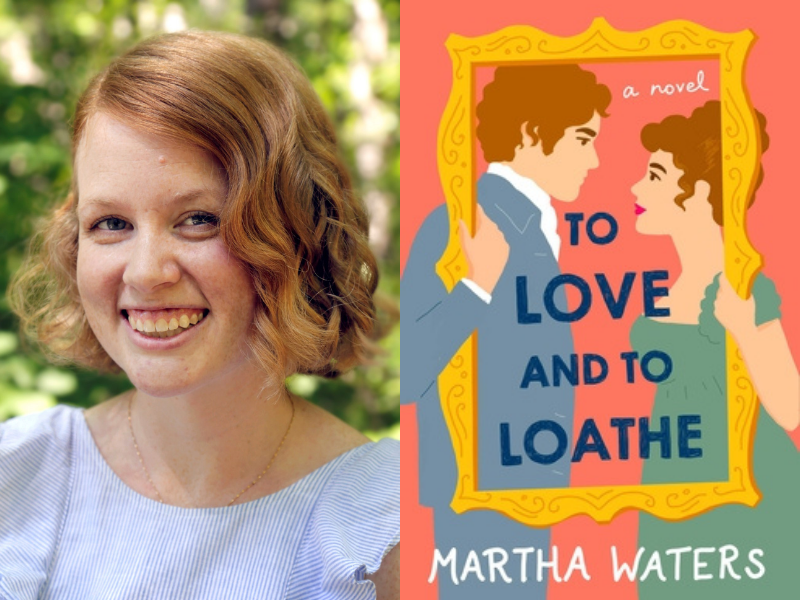 Celebrate the release of Martha Waters's To Love and to Loathe with Martha and Evie Dunmore!

To Love and to Loathe

Martha Waters returns with her signature “cheeky charm and wonderfully wry wit” (Booklist, starred review), in the second book of the Regency Vows!

The widowed Diana, Lady Templeton and Jeremy, Marquess of Willingham are infamous among English high society as much for their sharp-tongued bickering as for their flirtation. One evening, an argument at a ball turns into a serious wager: Jeremy will marry within the year, or Diana will forfeit one hundred pounds.

But shortly after, Jeremy arrives with a different proposition: Diana will give an honest critique of his skills in the bedroom (recently insulted), and in exchange, the brief affair will signal to other gentlemen that Diana is interested in taking a lover.

Diana is sure that the new bargain will help her win their wager--but they both may just lose their hearts.

Martha Waters is the author of To Have and to Hoax and To Love and to Loathe. She was born and raised in sunny South Florida, and is a graduate of the University of North Carolina at Chapel Hill. She works as a children’s librarian in North Carolina, and spends much of her free time traveling.

Evie Dunmore is the USA Today bestselling author of Bringing Down the Duke. Her League of Extraordinary Women series is inspired by her passion for romance, women pioneers, and all things Victorian. In her civilian life, she is a consultant with an M.Sc. in Diplomacy from Oxford. Evie lives in Berlin and pours her fascination with 19th century Britain into her writing. She is a member of the British Romantic Novelists’ Association (RNA).