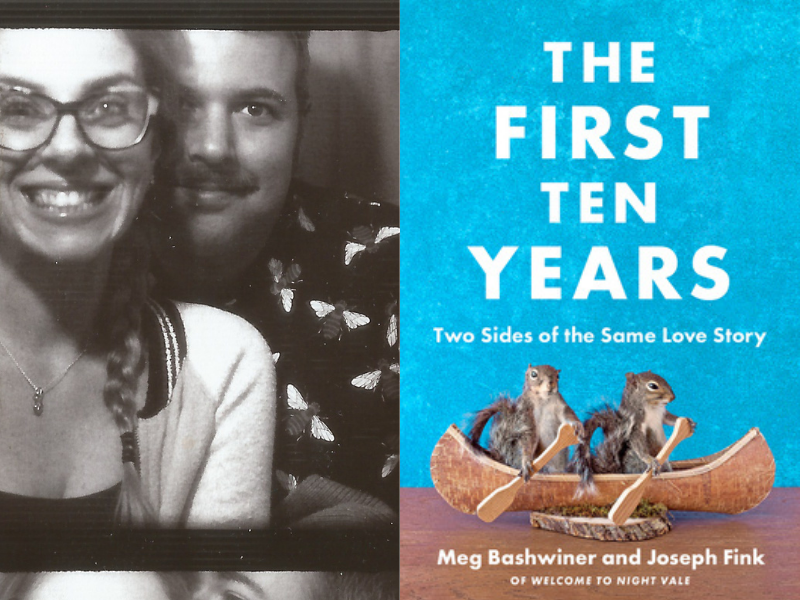 Celebrate the release of Meg Bashwiner and Joseph Fink's The First Ten Years! Meg and Joseph will be in converation with folk-rock singer-songwriter Erin McKeown.

In this candid, soul-baring memoir, Joseph and Meg recount their first ten years together, each telling their story as they remember it, without having consulted the other. We hear both sides of their first kiss, first breakup, first getting back together, the death of a father, marriage, international fame, world tours, mental illness, and discussions about having children. Sometimes, they recall things differently—neither agrees on who paid for the morning after pill on their first date. Sometimes they remember the exact same details in the same way—but still have their own narrative on just what those details mean.

Poignant, funny, and real, alternately told in Joseph and Meg’s remarkably different, yet equally compelling voices, The First Ten Years is the story of two individuals finding their way in the world and becoming "adults" as they learn to become a couple.

Meg Bashwiner is a writer, performer, tour manager, podcaster and producer. She is the emcee for the international touring live show of the Welcome to Night Vale podcast. She is an alumni member of the acclaimed New York theater company The New York Neo-Futurists. She and Joseph live in the Hudson Valley and Los Angeles.