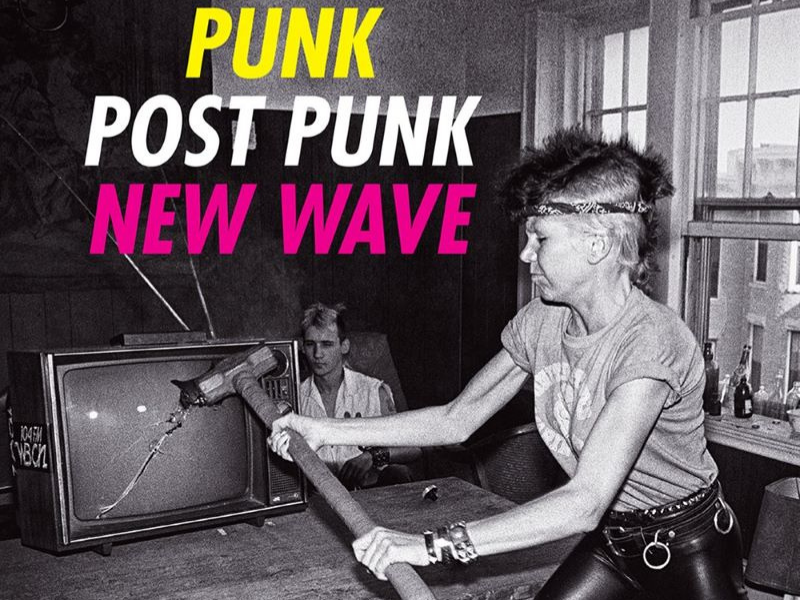 Iconic and never-before-seen images of punk and post-punk’s quintessential bands .

In the late 70s, punk rock music began to evolve into the post-punk and new wave movements that dominated until the early 90s. During this time, prolific photographer and filmmaker Michael Grecco was in the thick of things, documenting the club scene in places like Boston and New York, and getting shots on- and backstage with bands such as The Cramps, Dead Kennedys, Talking Heads, Human Sexual Response, Elvis Costello, Joan Jett, the Ramones, and many others. Grecco captured in black and white and color the raw energy, sweat, and antics that characterized the alternative music of the time.

Punk, Post Punk, New Wave: Onstage, Backstage, In Your Face, 1978–1991 features stunning, never-before-seen photography from this iconic period in music. In addition to concert photography, he also shot album covers and promotional pieces that round out this impressively extensive photo collection. Featuring a foreword from Fred Schneider of the B-52’s, Punk, Post Punk, New Wave is a quintessential piece of music history for anyone looking for backstage access into the careers of punk and post punk’s most beloved bands.

Jim Sullivan wrote about pop music and culture for the Boston Globe 1979-2005 and currently is doing same for WBUR’s ARTery, among other websites and outlets.