Michael Sandel: The Tyranny of Merit

Michael Sandel: The Tyranny of Merit 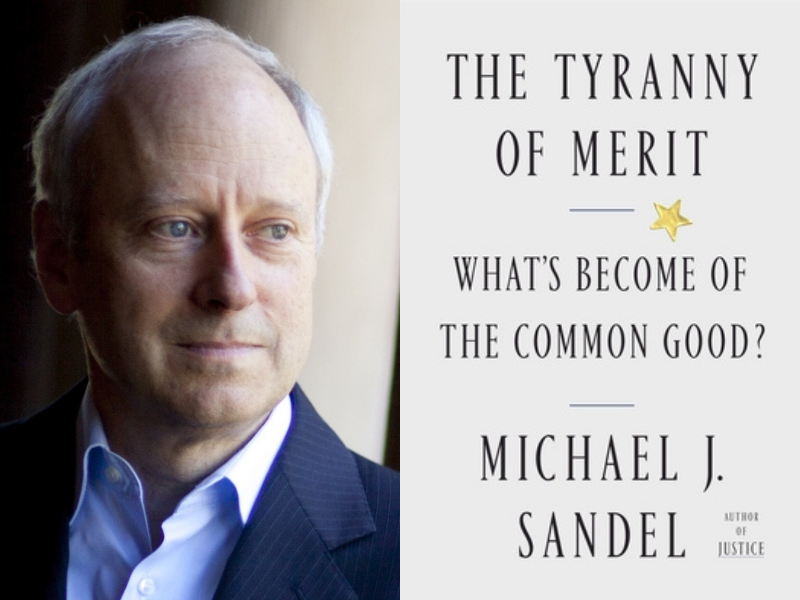 Michael Sandel discusses The Tyranny of Merit. Books purchased on the registration page will be signed by the author following the event!

The Tyranny of Merit: What's Become of the Common Good?

The world-renowned philosopher and author of the bestselling Justice explores the central question of our time: What has become of the common good?

These are dangerous times for democracy. We live in an age of winners and losers, where the odds are stacked in favor of the already fortunate. Stalled social mobility and entrenched inequality give the lie to the American credo that "you can make it if you try." The consequence is a brew of anger and frustration that has fueled populist protest and extreme polarization, and led to deep distrust of both government and our fellow citizens--leaving us morally unprepared to face the profound challenges of our time.

Michael J. Sandel argues that to overcome the crises that are upending our world, we must rethink the attitudes toward success and failure that have accompanied globalization and rising inequality. Sandel shows the hubris a meritocracy generates among the winners and the harsh judgement it imposes on those left behind, and traces the dire consequences across a wide swath of American life. He offers an alternative way of thinking about success--more attentive to the role of luck in human affairs, more conducive to an ethic of humility and solidarity, and more affirming of the dignity of work. The Tyranny of Merit points us toward a hopeful vision of a new politics of the common good.

Michael Sandel teaches political philosophy at Harvard University. He has been described as "the most relevant living philosopher," a "rock-star moralist," (Newsweek) and "the most famous teacher of philosophy in the world" (The New Republic). His books What Money Can't Buy: The Moral Limits of Markets, and Justice: What's the Right Thing to Do? were international best sellers and have been translated into 27 languages. Sandel's legendary course "Justice" was the first Harvard course to be made freely available online and has been viewed by tens of millions. His BBC series "The Global Philosopher" explores the ethical issues lying behind the headlines with participants from around the world. Sandel's new book is The Tyranny of Merit: What's Become of the Common Good? It offers a novel diagnosis of our polarized politics and how to heal it.

Preet Bharara, CNN commentator and former U.S. Attorney for the Southern District of New York, calls The Tyranny of Merit "accessible and profound, a must-read for anyone who still cares about the common good… No good faith reader will come away from this book unchanged." Reviewing the book in the New York Times, Arlie Hochschild writes: "Now's a good time for both sides to sit down for a very serious talk, with The Tyranny of Merit required reading for all."

Rooted in tradition yet innovative in practice, Congregation Kehillath Israel (KI) is an inclusive synagogue that prioritizes Jewish life and learning, prayer, social justice, and fostering a community of spiritual nourishment. With a century-long legacy as a prominent voice throughout North American Jewish life, we are approaching our next century through synergetic partnerships with other religious organizations and community partners. KI is striving to make a place where we all belong; one where you can create an ongoing, continuous relationship with others and the broader Jewish world.