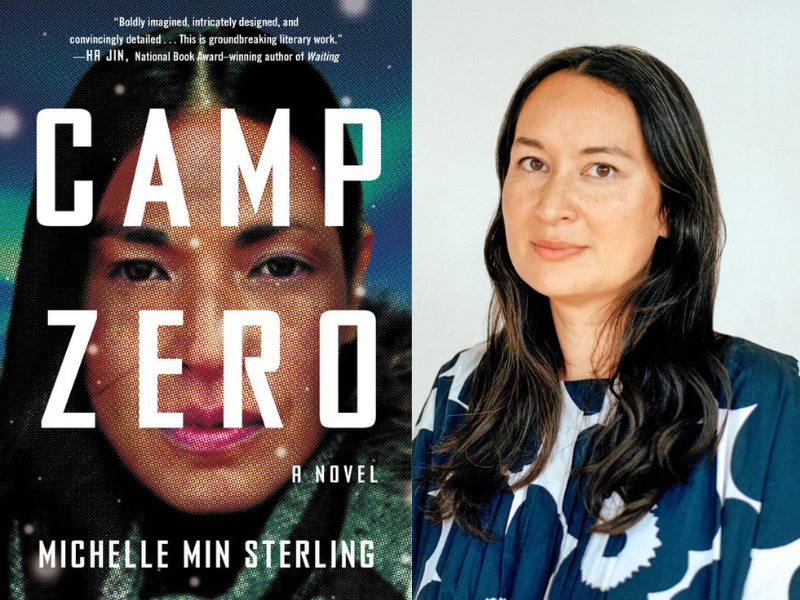 In person at Brookline Booksmith! Celebrate the release of Camp Zero with author Michelle Min Sterling.

In a near-future northern settlement, a handful of climate change survivors find their fates intertwined in this mesmerizing and transportive novel in the vein of Station Eleven and The Power.

In the far north of Canada sits Camp Zero, an American building project hiding many secrets.

Desperate to help her climate-displaced Korean immigrant mother, Rose agrees to travel to Camp Zero and spy on its architect in exchange for housing. She arrives at the same time as another newcomer, a college professor named Grant who is determined to flee his wealthy family’s dark legacy. Gradually, they realize that there is more to the architect than previously thought, and a disturbing mystery lurks beneath the surface of the camp. At the same time, rumors abound of an elite group of women soldiers living and working at a nearby Cold War-era climate research station. What are they doing there? And who is leading them?

An electrifying page-turner where nothing is as it seems, Camp Zero cleverly explores how the intersection of gender, class, and migration will impact who and what will survive in a warming world.

Michelle Sterling was born in British Columbia, Canada, and now lives in Cambridge, Massachusetts, where she teaches literature and writing at Berklee College of Music. She has an MFA from Boston University and has held writing fellowships at Akademie Schloss Solitude, Vermont Studio Center, Virginia Center for the Creative Arts, and the Banff Centre for the Arts and Creativity. Her writing has appeared in publications such as The Baffler, VICE, and Joyland. Camp Zero is her first novel.