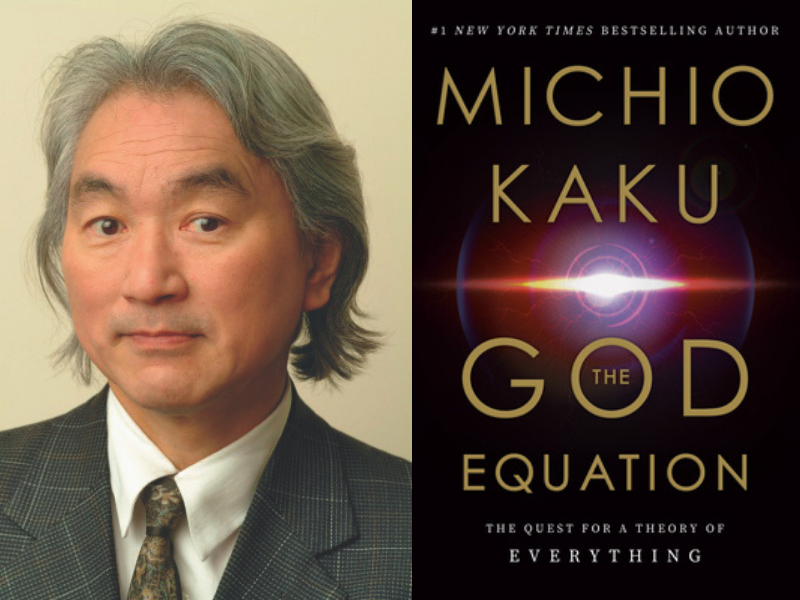 Michio Kaku returns with an immersive look at the science that could remake our understanding of the universe.

Celebrate the release of The God Equation with a lecture by author Michio Kaku. The first 100 tickets sold include a signed copy of the book. See Eventbrite ticket descriptions for details!

Michio Kaku, renowned theoretical physicist and New York Times bestselling author of Hyperspace and The Future of Humanity, tells the story of the greatest quest in all of science.

When Newton discovered the laws of motion and gravity, he unified the rules of heaven and earth. From then on, physicists have been discovering new forces and incorporating them into ever-greater theories. But the major breakthroughs of the twentieth century--relativity and quantum mechanics--are incompatible, and so since then, physicists have been endeavoring to combine these two theories. This would ultimately tie all the forces in the universe together into one beautiful equation that can unlock the deepest mysteries of space and time. That epic journey is the story of this book.

Michio Kaku is a professor of physics at the City University of New York, cofounder of string field theory, and the author of several widely acclaimed science books, including Beyond Einstein, The Future of Humanity, The Future of the Mind, Hyperspace, Physics of the Future, and Physics of the Impossible. He is the science correspondent for CBS This Morning and host of the radio programs Science Fantastic and Exploration.