Molly Knox Ostertag with Mariko Tamaki: The Girl from the Sea

Molly Knox Ostertag with Mariko Tamaki: The Girl from the Sea 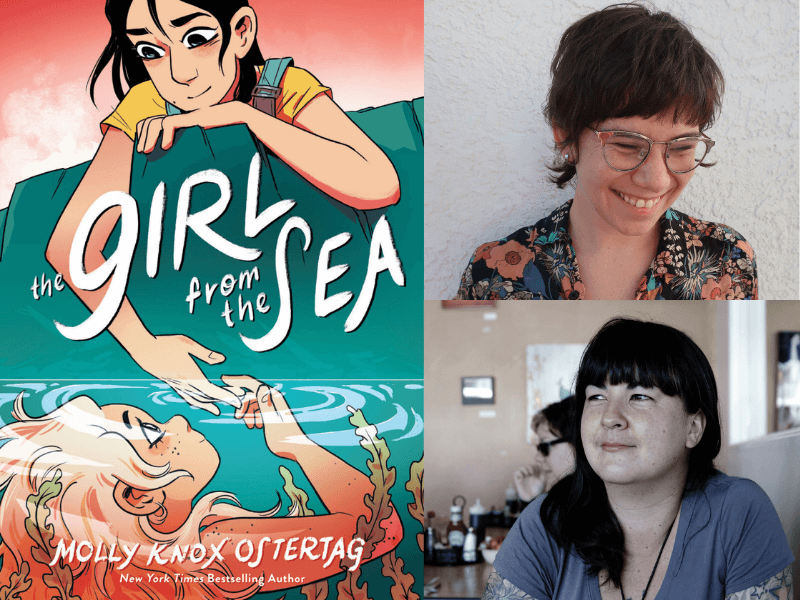 Celebrate the release of The Witch Boy creator Molly Knox Ostertag's newest graphic novel - The Girl from the Sea! Molly is joined by graphic novel writer Mariko Tamaki, author of Laura Dean Keeps Breaking Up with Me.

All books purchased on the event registration page will come with a signed bookplate.

The Girl from the Sea

Fifteen-year-old Morgan has a secret: she can't wait to escape the perfect little island where she lives. She's desperate to finish high school and escape her sad divorced mom, her volatile little brother, and worst of all, her great group of friends...who don't understand Morgan at all. Because really, Morgan's biggest secret is that she has a lot of secrets, including the one about wanting to kiss another girl.

Then one night, Morgan is saved from drowning by a mysterious girl named Keltie. The two become friends, and suddenly life on the island doesn't seem so stifling anymore. But Keltie has some secrets of her own. And as the girls start to fall in love, everything they're each trying to hide will find its way to the surface...whether Morgan is ready or not.

Molly Knox Ostertag is the author and illustrator of the acclaimed graphic novels The Witch Boy, The Hidden Witch, and The Midwinter Witch and the illustrator of several projects for older readers, including the webcomic Strong Female Protagonist and Shattered Warrior by Sharon Shinn. She grew up in the forests of upstate New York and graduated in 2014 from the School of Visual Arts, where she studied cartooning and illustration. She currently lives in Los Angeles with her partner and several pets. Visit her online at mollyostertag.com.

Moderator Mariko Tamaki is a Canadian writer of comics and prose. She writes comic books for BOOM! Studios, Marvel and DC Comics. She is the co-creator of the New York Times bestseller This One Summer with Jillian Tamaki, which received Eisner and Governor General awards, as well as Caldecott and Printz Honors; Skim with Jillian Tamaki; and Laura Dean Keeps Breaking Up With Me with Rosemary Valero-O’Connell. Mariko lives in Oakland.