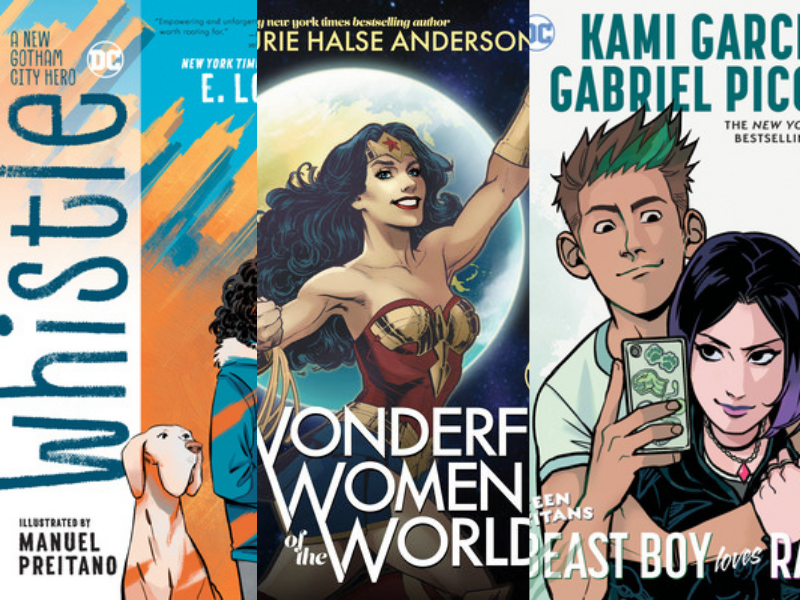 Sixteen-year-old Willow Zimmerman has something to say. When she's not on the streets protesting City Hall's neglect of her run-down Gotham neighborhood, she's working nights at the local dog shelter. But despite how much she does for the world around her, she's struggling to take care of her sick mother at home. She's got no time for boys (though there's one she really likes), and no means to adopt the amazingly loyal stray Great Dane, Lebowitz, that follows her around.

Without health insurance and with money running out, a desperate Willow reconnects with an estranged family friend E. Nigma--party promoter, and real estate tycoon. But soon, Willow discovers that Nigma and his poker buddies are actually some of Gotham's most corrupt criminals. Now she must make a choice: remain loyal to the man who saved her mother's life, or use her new powers to save her community.

It seems like years, but it's only been a few days since Raven Roth recovered her memories; trapped her demon father, Trigon, in her amulet; and had her heart broken for the first time. But she doesn't have time to think about the past...she has to focus on finding a way to get rid of Trigon for good. Garfield Logan still can't believe he has powers that allow him to change into different animals, but the price of knowing that his parents kept this secret hidden from him just feels too high. And what's more, his difficulty controlling these abilities could have unexpected consequences. Both are seeking answers from the one person who seems to have them all figured out: Slade Wilson. When their paths converge in Nashville, Raven and Gar can't help but feel a connection, despite the secrets they both try to hide. It will take a great amount of trust and courage to overcome the wounds of their pasts. But can they find acceptance for the darkest parts of themselves? Or maybe even love?

Wonderful Women of the World