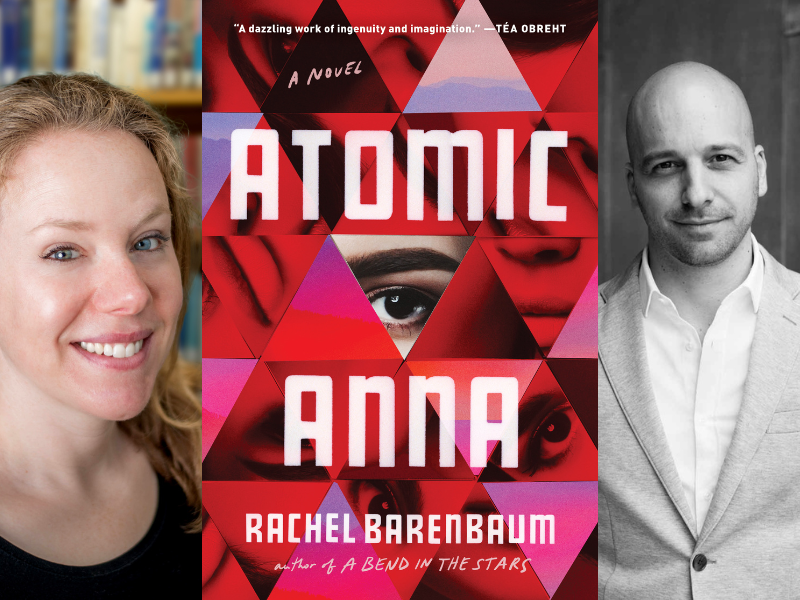 In person at Brookline Booksmith! Celebrate the paperback release of Atomic Anna with author Rachel Barenbaum, in conversation with Christopher Castellani.

Atomic Anna is Rachel Barenbaum's second novel. The New York Times Book Review said it was “masterfully plotted." And the LA Review of Books called it "propulsive and intimate." It was nominated for a Goodreads Choice Award. Rachel's debut, A Bend in the Stars, was named a New York Times Summer Reading Selection and a Barnes & Noble Discover Great New Writers selection.

Rachel is a prolific writer and reviewer. Her work has appeared in Harper’s Bazaar, the LA Review of Books, and more. She is a Scholar in Residence at the Hadassah-Brandeis Institute at Brandeis and her podcast, Check This Out, is sponsored by the Howe Library and A Mighty Blaze. She has degrees from Harvard in Business, and Literature and Philosophy. She is an elected Town Meeting Member in Brookline, MA.

Moderator Christopher Castellani is the author of four novels, most recently Leading Men, for which he received fellowships from the Guggenheim Foundation, MacDowell, and the Massachusetts Cultural Council, among others. His book of essays on narration in fiction, The Art of Perspective: Who Tells the Story, was published by Graywolf in 2016. Christopher is on the faculty and academic board of the Warren Wilson MFA program and chairs the writing panel for the National YoungArts Foundation. He is the founder of GrubStreet's Muse and the Marketplace conference and, in 2015, was awarded the Barnes and Noble/Poets & Writers "Writer for Writers" Award in recognition of his contributions to the literary community and his generosity toward fellow writers. For the 2022-2023 academic year, he is the Writer-in-Residence at Brandeis University. He lives in Boston and Provincetown.