Racquel Marie and Friends: Ophelia After All

Racquel Marie and Friends: Ophelia After All 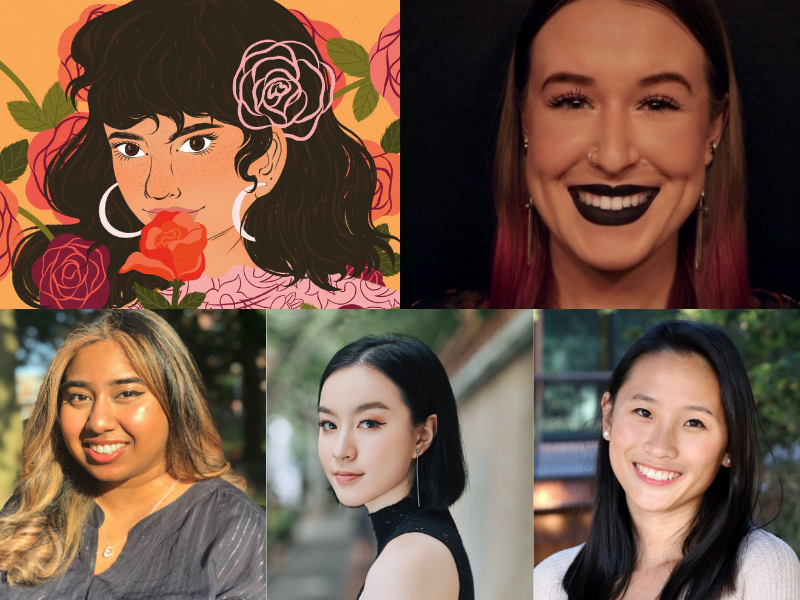 Celebrate the release of Ophelia After All with author Racquel Marie, in conversation with Chloe Gong, Tashie Bhuiyan, and Christina Li!

Books purchased on the registration page include signed bookplates!

"Ophelia Rojas is the type of character that leaps off the page and directly into your heart—Ophelia After All is a queer delight through and through." —Leah Johnson, bestselling author of You Should See Me in a Crown

A teen girl navigates friendship drama, the end of high school, and discovering her queerness in Ophelia After All, a hilarious and heartfelt contemporary YA debut by author Racquel Marie.

Ophelia Rojas knows what she likes: her best friends, Cuban food, rose-gardening, and boys – way too many boys. Her friends and parents make fun of her endless stream of crushes, but Ophelia is a romantic at heart. She couldn’t change, even if she wanted to.

So when she finds herself thinking more about cute, quiet Talia Sanchez than the loss of a perfect prom with her ex-boyfriend, seeds of doubt take root in Ophelia’s firm image of herself. Add to that the impending end of high school and the fracturing of her once-solid friend group, and things are spiraling a little out of control. But the course of love—and sexuality—never did run smooth. As her secrets begin to unravel, Ophelia must make a choice between clinging to the fantasy version of herself she’s always imagined or upending everyone’s expectations to rediscover who she really is, after all.

Racquel Marie grew up in Southern California where her passion for storytelling of all kinds was encouraged by her friends and big family. She received a B.A. in English with an emphasis in Creative Writing and a minor in Gender and Sexuality Studies from the University of California, Irvine. Racquel primarily writes YA contemporaries starring queer Latine characters like herself. When not writing or reading, she loves practicing beauty and special effects makeup, watching and producing YouTube videos, and teaching herself to play ukulele in spite of her extremely long nails. She is the author of Ophelia After All and You Don't Have a Shot.

Moderator Tashie Bhuiyan is the author of Counting Down with You, and a New Yorker through and through. She recently graduated with a bachelor's degree in Public Relations, and hopes to change the world, one book at a time. She loves writing stories about girls with wild hearts, boys who wear rings, and gaining agency through growth. When she's not doing that, she can be found in a Chipotle or bookstore, insisting 2010 is the best year in cinematic history. (Read: Tangled and Inception.)

Moderator Chloe Gong is the New York Times bestselling author of These Violent Delights and its sequel Our Violent Ends. She is a recent graduate of the University of Pennsylvania, where she double-majored in English and International Relations. Born in Shanghai and raised in Auckland, New Zealand, Chloe is now located in New York pretending to be a real adult.

Moderator Christina Li is a kidlit author from the Midwest who now resides in California. Her debut middle grade novel, Clues to the Universe, released in January 2021 from Quill Tree Books.