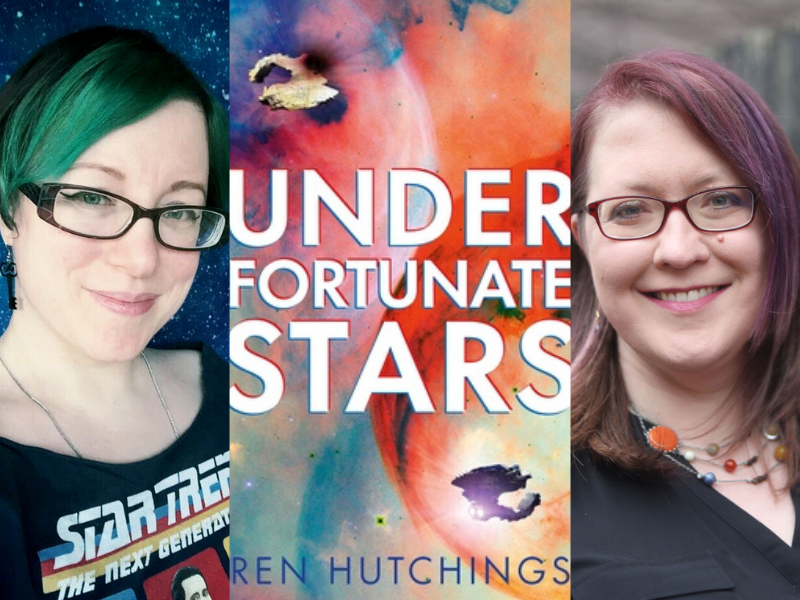 Celebrate the release of Under Fortunate Stars with author Ren Hutchings, in conversation with Karen Osborne.

Books purchased on the registration page will include a signed bookplate, as well as a bookmark, a postcard print, and a laptop sticker!

Two ships. One chance to save the future.

Fleeing the final days of the generations-long war with the alien Felen, smuggler Jereth Keeven’s freighter the Jonah breaks down in a strange rift in deep space, with little chance of rescue—until they encounter the research vessel Gallion, which claims to be from 152 years in the future.

The Gallion’s chief engineer Uma Ozakka has always been fascinated with the past, especially the tale of the Fortunate Five, who ended the war with the Felen. When the Gallion rescues a run-down junk freighter, Ozakka is shocked to recognize the Five's legendary ship—and the Five's famed leader, Eldric Leesongronski, among the crew.

But nothing else about Leesongronski and his crewmates seems to match up with the historical record. With their ships running out of power in the rift, more than the lives of both crews may be at stake...

Moderator Karen Osborne is the author of Architects of Memory and Engines of Oblivion from Tor Books, and her short fiction appears in Uncanny Magazine, Beneath Ceaseless Skies, Fireside Magazine, Clarkesworld, and more. Her work has been nominated for the Nebula, Sturgeon and Locus Awards.