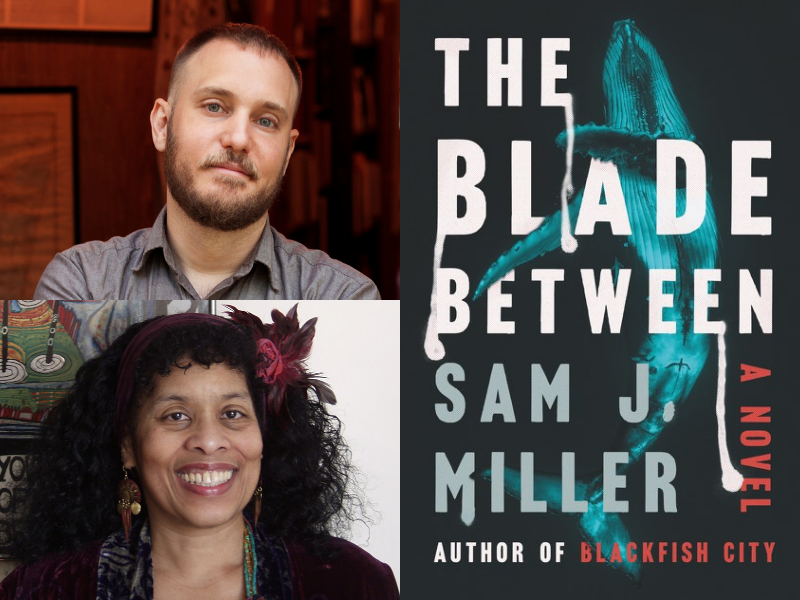 From Nebula Award winner Sam J. Miller comes a frightening and uncanny ghost story about a rapidly changing city in upstate New York and the mysterious forces that threaten it.

Ronan Szepessy, restless gay photographer, has promised himself never to go back to Hudson, his sleepy hometown in upstate New York. But his father is ill, and he needs to recharge--so he goes. There, he reunites with two high school friends: Dom, the first love of his life, and Attalah, Dom's wife.

Together, the former misfits come up with a plan to rattle loose the gentrifiers and corporate interests infesting the town--but in doing, they free both the very real, very angry spirits of the town itself, and the rage of the disillusioned locals. Suddenly their hijinks are not just hijinks--and Ronan will have to do everything in his power and more to protect the town he has loathed for years.

Sam J. Miller is the Nebula Award–winning author of The Art of Starving (NPR best of the year) and Blackfish City (Nebula finalist, John J. Campbell Award winner). A recipient of the Shirley Jackson Award and a graduate of the Clarion Writers’ Workshop, Sam’s short stories have been nominated for the World Fantasy, Theodore Sturgeon, and Locus awards, and reprinted in dozens of anthologies. He lives in New York City.

Andrea Hairston is a playwright, novelist, and scholar. She is the author of the novels Master of Poisons, Will Do Magic for Small Change, Redwood and Wildfire, and Mindscape.