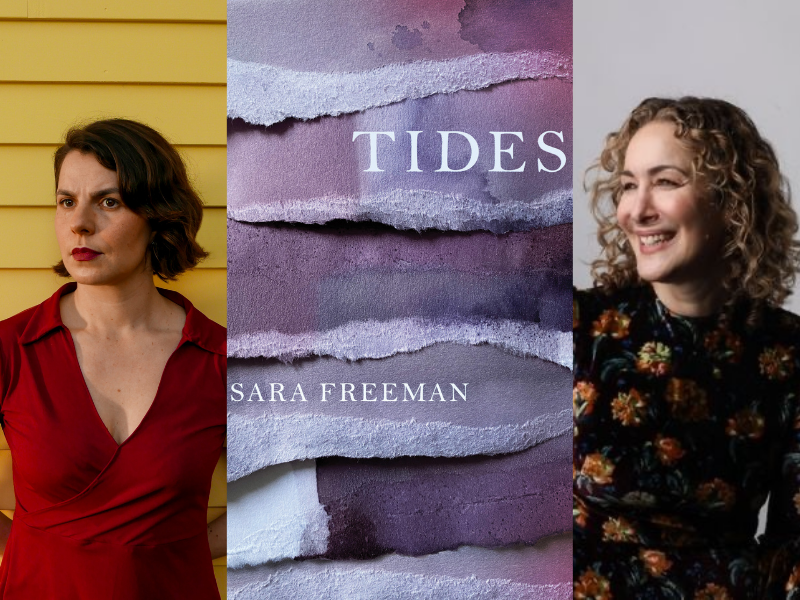 Celebrate the release of Tides with author Sara Freeman, in conversation with Joanna Rakoff.

An intoxicating, compact debut novel by the winner of Columbia's Henfield Prize, Tides is an astoundingly powerful portrait of a deeply unpredictable woman who walks out of her life and washes up in a seaside town.

After a sudden, devastating loss, Mara flees her family and ends up adrift in a wealthy seaside town with a dead cellphone and barely any money. Mired in her grief, Mara detaches from the outside world and spends her days of self-imposed exile scrounging for food and swimming in the night ocean. In her state of emotional extremis, the sea at the town's edge is rendered bleak, luminous, implacable.

As her money runs out and tourist season comes to a close, Mara finds a job at the local wine store. There, she meets Simon, the shop's soft-spoken, lonely owner. Confronted with the possibility of connection with Simon and the slow return of her desires and appetites, the reasons for her flight begin to emerge.

Tides is a spare, visceral debut novel about the nature of selfhood, intimacy, and the private narratives that shape our lives.

Sara Freeman is a Montreal-born writer currently based out of Boston. She graduated from Columbia University with an MFA in Fiction in 2013. At Columbia, she won the Henfield Prize for the best piece of short fiction by a graduate student. Her work has previously been published in a number of literary magazines.

Moderator Joanna Rakoff is the author of the international bestselling memoir My Salinger Year and the novel A Fortunate Age, winner of the Goldberg Prize for Fiction, the Elle Readers’ Prize, and a San Francisco Chronicle Bestseller. Rakoff’s books have been translated into twenty languages and nominated for major prizes in The Netherlands and France. She has written frequently for The New York Times, Vogue, Marie Claire, O: The Oprah Magazine, and many other publications.