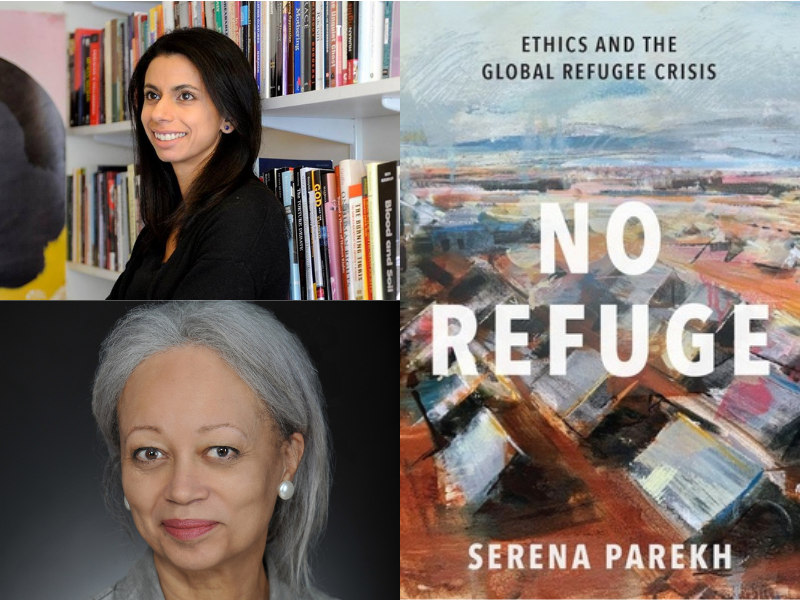 In No Refuge, Associate Professor of Philosophy at Northeastern University Serena Parekh provides an accessible and eloquent explanation of ethical approaches to the global refugee crisis. The book includes numerous stories and first-person accounts from refugees—including those for whom the already perilous existing options for refugees are not options at all.

Frankly describing the pitfalls and incredible risk of refugees' limited choices—between refugee camps, urban settlements, and dangerous asylum journeys—Parekh gives depth and dimension to the ethics of the Global Refugee Crisis. Here, she not only gives voice to the extent and complexity of refugee struggles, but provides original and lucid ways of thinking about our moral obligations to refugees.

Serena Parekh is an Associate Professor of Philosophy at Northeastern University in Boston, where she is the director of the Politics, Philosophy, and Economics Program and is co-editor of the journal Feminist Philosophy Quarterly. Her primary philosophical interests are in social and political philosophy, feminist theory, and continental philosophy. She’s the author of three books, including her most recent book, No Refuge: Ethics and the Global Refugee Crisis, published by Oxford University Press in 2020. Other books include Refugees and the Ethics of Forced Displacement and Hannah Arendt and the Challenge of Modernity: A Phenomenology of Human Rights, which was translated into Chinese.

Patricia Williams is University Professor of Law and Humanities at Northeastern University. She is the author of The Alchemy of Race and Rights, and is a regular contributor to The Nation Magazine.