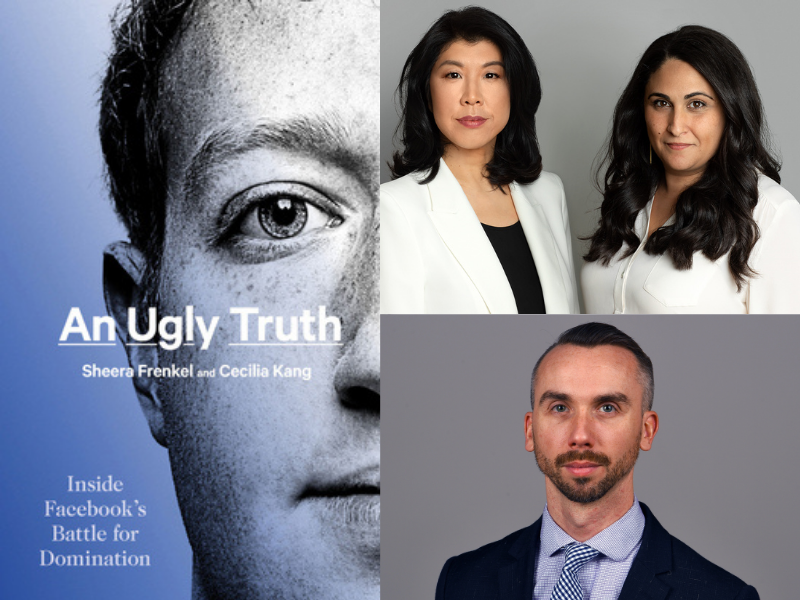 An Ugly Truth: Inside Facebook’s Battle for Domination

Award-winning New York Times reporters Sheera Frenkel and Cecilia Kang unveil the tech story of our times in a riveting, behind-the-scenes exposé that offers the definitive account of Facebook’s fall from grace.

Once one of Silicon Valley’s greatest success stories, Facebook has been under constant fire for the past five years, roiled by controversies and crises. While the tech giant was connecting the world, they were also mishandling users’ data, spreading fake news, and amplifying dangerous, polarizing hate speech. And while consumers and lawmakers focused their outrage on privacy breaches and misinformation, Facebook solidified its role as the world’s most voracious data-mining machine, posting record profits, and shoring up its dominance via aggressive lobbying efforts.

Drawing on their unrivaled sources, Sheera Frenkel and Cecilia Kang take readers inside the complex court politics, alliances and rivalries within the company to shine a light on the fatal cracks in the architecture of the tech behemoth. Their explosive, exclusive reporting led them to a shocking conclusion: the missteps of the last five years were not an anomaly but an inevitability—this is how Facebook was built to perform.

Sheera Frenkel covers cybersecurity from San Francisco for the New York Times. Previously, she spent over a decade in the Middle East as a foreign correspondent, reporting for BuzzFeed, NPR, the Times of London and McClatchy Newspapers.

Based in Washington, DC, Cecilia Kang covers technology and regulatory policy for the New York Times. Before joining the paper in 2015, she reported on technology and business for the Washington Post for ten years.

Callum Borchers is a political correspondent at WBUR, Boston's NPR news station. He can sometimes be heard hosting Here & Now and Radio Boston. Borchers was previously a member of Pulitzer Prize-winning staffs at The Washington Post and The Boston Globe, and was the top editor at Citizen's News, a weekly newspaper in Connecticut.